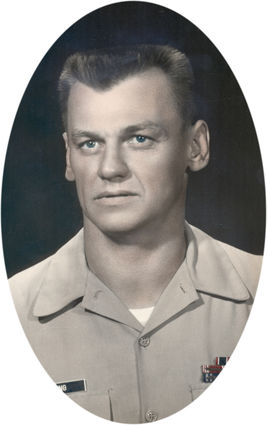 Lloyd was born Dec. 14, 1933, in Rockhill-Orbisonia, Pa., to Clarence and Adaline Rogers. He received his early education at Rockhill Elementary School, graduated from Orbisonia High School and attended Texas A&M.

He married Edna Storkson on Aug. 2, 1959, at the First Lutheran Church in Glasgow, Mont. The couple made their home throughout the US, as they moved where he was stationed by the Air Force.

Lloyd enjoyed his time in the Air Force, which was a very large part of his life. Among the memories he shared of his time two stood out the most. The time that he rescued the helicopter that was on fire when he put the fire out and when he survived several day snowed in at Tully, Greenland, where he was stranded without food. He hiked out over 20 miles for help when no one could get through the snow. He retired from the Air Force in 1979. Following his retirement he and his family moved to Nashua where he worked as a town cop for a while and then later worked for a number of years as a supervisor for Western Maintenance.

Lloyd loved listening to country western music, watching the news and reading history. He enjoyed boating, waterskiing, and camping with his family. He loved driving through the mountains and nature watching. In his younger days he could be found riding his motorcycle. He did a 100 mile "Run For Your Life" at Ellington AFB Sprinter in 1974 for which he received a trophy.

Preceding him in death are his parents, Clarence and Adaline; one brother, Clarence; three sisters, Dorothy, Mary and Catherine; and several nieces and nephews.

Visitation was from 8 a.m. to 5 p.m. Tuesday, June 23, at Bell Mortuary, in Glasgow. A graveside service with military honors was Wednesday, June 24, 10 a.m., at Highland Cemetery with Pastor Todd Wright officiating.