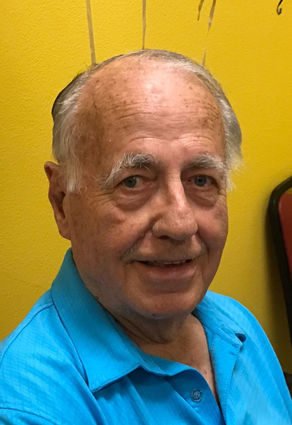 Services will be held June 2021 in Montana.

Toke was the first-born son of Helen Angeline (Tadevich) Tokerud and Fred Eugene Tokerud. While attending Great Falls High School, Toke met the love of his life, Donna Rae Eller, and they were married on Nov. 18, 1951. Toke and Donna Rae were married for over 50 years and had seven children together. He worked as a delivery driver for Sally Ann Bakery, graduated with a bachelor's degree from the College of Great Falls, and received his Master of Education degree from the University of Montana. Toke's passion was education, and he worked in various capacities as an educator at the local, regional, and national levels.

Toke's first job in education was as a teacher in Chester, Mont., with a yearly salary of $4,400. The growing family eventually moved to Brady, Mont., where Toke was a teacher and much-loved football coach for the Brady Bulldogs. In Opheim, Mont., a little town 10 miles south of the Canadian border, Toke served as the school superintendent, as well as math teacher, chaperone, cheerleader, friend, mentor, and leader. Many in Opheim still fondly remember Toke leading the cheer with "Give me an O!" The 1970s were an era of reform for Special Education, and Toke was proud of the work he did in developing Opheim's Special Education program.

In the late 1970s, Toke became the Superintendent of Schools in Colstrip, Mont., where he helped plan and build a number of new schools. In addition to his work at the local and regional levels, Toke was a leader at the national level, serving for years as a member of the American Association of School Administrators' Small School Review Panel. In the late 1980s, Toke retired from the Montana school system and moved to Goldfield, Nev., to become the Superintendent of Schools for Esmerelda County. He and his wife enjoyed a quiet life in this small town, and he was selected as Superintendent of the Year in 1996 by the Nevada Association of School Superintendents.

Although Toke retired again in the late 1990s, he was asked to serve as Interim Superintendent in Nye County, in Pahrump. Among the

many hats he wore in Pahrump were school principal, Pahrump Community Library Board member, inaugural member of the Pahrump Peggers Cribbage Club, math tutor, mediator for Nye County School District, and volunteer teacher for citizenship classes. He was also elected to the Nye County School Board, where one of his accomplishments was to help develop term limits for school board members.

Toke loved to travel and visit schools, a passion that continued into his later years when he would visit his children's classrooms (five of his seven children went into education, ranging from teachers to counselors to coaches). In his later years, Toke enjoyed hanging out with his dog, Lucky, and with his friends. He was a kind and charismatic man with a hearty laugh, and he was always happy to offer advice to his children and grandchildren as they moved forward in life. He continued his role as cheerleader into his later years, encouraging his grandkids to pursue their passions-ranging from sports, family, entrepreneurship, theatrical performance, medicine, and more-and taught them how to play cribbage with competitive grace.

Toke (Dad, Grandpa) was an inspiring man and educator who improved countless people's lives across multiple generations. We will miss his chuckle, wisdom and his warmth. 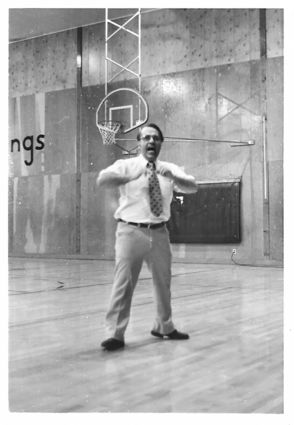 In lieu of flowers please donate to Wounded Warriors, https://support.woundedwarriorproject.org or an educational charity of your choice.