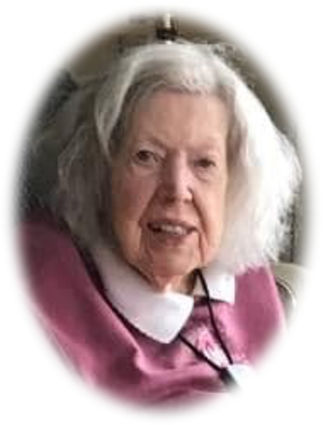 Edna was born Aug. 23, 1926, in Glasgow, to James and Martha (Lawson) Aitken. She graduated 1944 from Glasgow High School. She married Gordon Brown on July 14, 1947, in Glasgow. The couple lived their entire lives in Glasgow.

Edna was a dedicated wife and mother to her four sons. She was a very caring and compassionate woman. One of her grandchildren said that he had never heard her say a negative word or comment about anyone.

She moved to Valley View in January of 2019 and was a resident of Sunshine Square until her death. Despite the devastating effects of dementia, she maintained her wit, kindness and charm until the end.

Edna was preceded in death by her parents; husband Gordon; and all 12 of her brother and sisters.

She is survived by her four sons, Harvey, of Billings, Mont., Gerald (Linda), of Highlands Ranch, Colo., Ron, of Missoula, Mont., and Mike, of Glasgow; five grandchildren; and four great-grandchildren.

Bell Mortuary is assisting the family with arrangements. Condolences may be left at bellmortuarymontana.com.