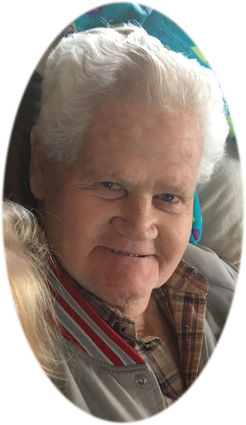 On Thursday, May 21, 2020, we lost our beloved dad, grandpa and great-grandpa. For anyone who knew Tony, we all know this world will now be less full of BS! He was the KING!

Tony Degele was born on July 31, 1939, to John & Snodie (Saffell) Degele, the ninth of 12 children. As a child, Tony loved to play sports and claimed to be the "favorite" son, although he could never get his brothers to agree. Tony spent three years in the Army and in 1960 he married Irene Garsjo.

In his early years, Tony worked on the railroad in Billings, Mont., before becoming a truck driver for Ryan Havre in Havre, Mont., delivering groceries up and down the Hi-Line. It was then that Tony met many, many people who became lifelong friends. In 1970, Tony moved his family to Glasgow, Mont., to run the Husky Café. When that adventure ended, Tony worked for Elletson RV, Dick Fisher Motors and Newton Motors before remarrying and moving to Lewistown, Mont., to work for Dean Newton Olds and owning his own Degele Auto and RV.

In 2010, Tony moved to Glasgow to be closer to his children and worked for Rock's Auto Mall until he was 77. It was there he celebrated his 80th birthday in 2019. He always said, "If I had known I was going to live this long, I would have taken better care of myself." Tony was extremely proud of his grandchildren and great-grandchildren and his day was not complete unless he got to see any one of them. In return, his grandchildren found him hilarious and defined him as the "Gold Standard" meaning of "Grandpa." He loved Fort Peck Lake and told many stories of taking his children and grandchildren skiing and tubing.

The Garsjo family was always his family too and we love that he was treated as one of them until the day he died. He loved you all very much.

Family received friends on Sunday, May 24, from 8:30 a.m. to noon at Bell Mortuary in Glasgow. A reception followed at Tony's Shop, 2 Kilty Lane, at 5 p.m.