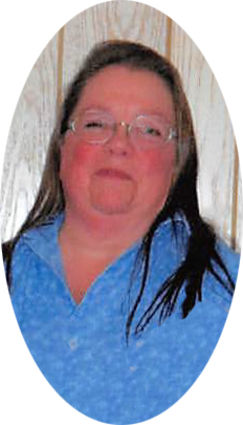 Diane has been cremated and the family will be having private services.

She was born on June 5, 1961, to Donald & Eldora (Zeiger) Skolrud in Glasgow. She received her education in Nashua, Mont., and graduated in 1979. She was raised, baptized and confirmed in Our Redeemer Lutheran Church. Diane's working career included the B & B Grocery, the Corner One Stop, the Park Grove Bar and cooking at Nemont Manor.

Diane was an accomplished seamstress and made many of her own clothes- as well as western shirts of which her dad, Don, was particularly fond.

Diane was preceded in death by her four grandparents and one brother, Lee Skolrud.

She is survived by her parents, Don and Eldora, of Nashua; three siblings, Terry (Lisa) Skolrud, of Garrison, N.D., Kris (Bula) Skolrud, of Willow Creek, Mont., and Donna Skolrud, of Chester, W. Va .; and her nieces and nephews, Jason, Tyler, Cody, Ryan, Catlyn, Kayla and Ethan.