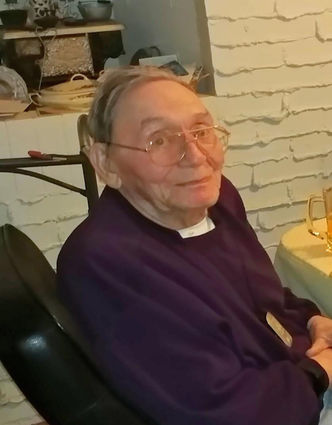 Military rites honoring Warren will be held at a later date.

He was born on Jan. 28, 1925, to Harold and Annette (Cotton) Stensland in Glasgow, Mont. He was the elder brother to Gail. In high school, he was active in 4-H, sports, especially basketball, and marched with the band as the drum major.

Warren enlisted into the Navy Air Corp his senior year of high school and trained in Naval Aviation Training becoming an Aviation Radioman 2nd Class. During WWII, his tour of duty was on Tinian and Okinawa with a patrol squadron in the Sea of Japan.

After his service in 1946, Warren returned to Montana enrolling in Montana State College and earned his Bachelor of Science in Agricultural Education in 1950. While in college, Warren married his high school sweetheart, Dorothy Jane Baynham, on Sept. 21, 1947. In 1952, Warren and Dorothy had their first child, Kenneth; their second child, Barbara Jo, arrived four years later.

Warren began his career as a high school teacher in Fairfield, Mont. After two years, he shifted into chemical sales; first with Phillips 66 then to Cominco American as a research soil scientist. He developed and upgraded desirable qualities and quantities of the "Idaho Spud" and was very proud of this achievement.

Warren's career required several relocations but the family took root in Idaho Falls, Idaho, for over 48 years. In retirement, he continued to enjoy hunting, fishing, golfing and traveling. For the past 10 years, Warren has lived in Pocatello with his daughter, Barbara Jo, and her husband, Michael Sampson.

Warren is preceded in death by his parents, brother, wife and son.

He is survived by his daughter and son-in-law; one granddaughter, Abbie (Nick) Jordan; and three great-grandchildren, Janika, Ryler and Teo Jordan.