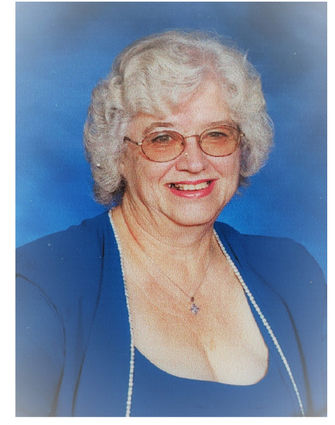 *Services Have Been Postponed Until Spring*

After a very long and courageous battle with cancer, our beloved mother, sister, grandmother, aunt and friend, Sandra "Sandy" Kay (Sonnenberg) Laumeyer, 76, of Nashua, Mont., was greeted with all the fanfair a true warrior and champion deserves by her Lord and all His angels Monday, March 9, 2020.

Sandy was born April 14, 1943, in Albia, Iowa to Virginia (Brozovich) and Carl Sonnenberg. She attended school in Albia, Washington Elementary, grades one through five, St. Mary's Parochial School, grades six through eight (those nuns were strict!) and Albia High School, graduating in 1961. After that, Sandy stayed at home for a year to help care for her mother. In 1962, she worked for a year as a secretary at Albia High School. She then studied arduously for a position in John Deere and for the next five years, worked as an Audit Clerk. She was offered a substantial promotion, but as the Good Lord would have it, in December 1967, Francis took a trip to Albia to visit his brother where he met Sandy, whom he always called his bride and cook. Within 10 days they knew they had met whom God intended for them, so when Francis asked her to marry him, she quickly said yes (mom always said it was a quick yes because she was sick and wanted to go back to bed!). Francis and Sandy married Oct. 5, 1968, and, with great joy, celebrated their 50th anniversary in 2018. They were blessed with four children, Virginia, Linda, Carl and Joseph.

Sandy joined Francis on the family farm, where they raised their four children teaching them that God is first, family is second and all the rest of life will follow. She and her husband were widely respected for their registered Polled Herefords. Sandy also worked alongside Francis for many years in all aspects of the farming end including insisting Francis teach her to operate the baler so she could have a break from "the tribe" and of course running for parts, which always included harassing her favorite partsmen.

However, Sandy had just gotten started...After her children were older and had either moved out or were in high school, she worked part-time at the Farm Service Agency office. After she left FSA, Sandy went on to work closely with Doris Franzen as a volunteer in the typing and editing of Footprints in the Valley. That job led to her being hired by The Glasgow Courier where she worked for the next 9 ½ years. During that time, Sandy was also the writer and editor for the Farm & Ranch magazine. After leaving the Courier, deciding she needed something more to do, Sandy opened River Run Printing in 2001 in Nashua. She kept her doors open until 2012 when her fight for the second time with cancer began in earnest. Although Sandy retired from River Run Printing, she did not quit writing. She began the column for the Courier, "Just a Thought," in 2013 and wrote for the next seven years until her health made it extremely difficult to continue. Sandy never failed to take delight and pride in the people's comments and mailed notes about how much they enjoyed her column.

Every compliment was received with the same enthusiasm as the first one. Sandy also took great pride in her many newspaper awards. One of the most notable moments in her journalism career was meeting US Supreme Court Justice Antonin Scalia, or possibly, him meeting her.....

Sandy was a member of Queen of Angels, serving in several capacities, among them teaching catechism for more than 30 years and as a lay leader for 24 years, until her health dictated otherwise. She was also a member of the Nashua Lions, WIFE, NE MT Hereford-Angus Show and Sale, East HiLine Hereford Association and more organizations than can be remembered. Sandy was an ardent supporter of Nashua Public Schools donating numerous school supplies for children who might not otherwise have enough. Sandy not only believed in helping others, no matter the cost to herself, she practiced that belief every day in countless ways.

Sandy is survived by her brother Steve Sonnenberg and his children, Chris and Jill; two daughters, Virginia Long and Linda Laumeyer; two sons, Carl (Justine) Laumeyer and Joe (Crystal) Laumeyer; eight grandchildren, Dalton, Denton, Hannah, Walker, Taylor, Trace, Caden and Ellie; one brother-in-law, Robert Laumeyer; many nieces and nephews; and countless other children she always counted as her own.

More than anything, Sandy will be remembered for determination of will, her unflagging spirit and her unconquerable faith.