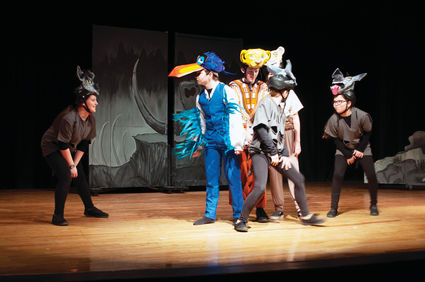 Glasgow Middle School students performed The Lion King Jr., to an exclusive audience of special guests during Golden Ticket night on March 12, followed by two performances during the weekend, March 13 and 14, at Glasgow High School. The cast was e...