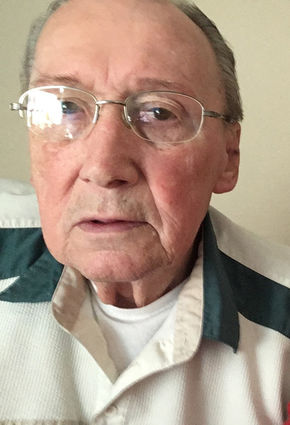 John Thomas Myhre was born to Evelyn and John Myhre, Sr. on May 5, 1935. He passed away on Saturday, March 7, 2020, at 9:50 p.m. at Pelican Rapids Senior Living Center, in Pelican Rapids, Minn., of an aggressive cancer. The staff at the facility enjoyed his stories about athletic and outdoor activities.

A service will be held in Casselton, North Dakota cemetery at a later date.

As a child John enjoyed ice skating, playing hockey, as well as playing baseball and basketball. He pitched state championship teams for baseball and was captain of his high school basketball team that won state championships. He met June Kopp at the Creamery in Lisbon, N.D. They were married in the Lutheran church and had three children, Jill, Judi and John Scott. In 1962, the family moved to Glasgow, Mont., where John went to work barbering with his Uncle Swede Landsverk. He continued barbering for 40 years transitioning it to John's Barbershop.

John enjoyed winning golf tournaments, playing softball, and fishing/waterskiing/boating at Fort Peck Lake with family and friends. He enjoyed sharing his accomplishments and funny stories with all he met. He passed up opportunities to play college and pro baseball to stay close to his family and be home with his children. John would take his children to the barbershop for haircuts routinely in their childhood.

John and June divorced in 1976. He met another love of his life Debbie Walker. They were

married for about 13 years. John liked to dance and bowl at the El Cor Del Lanes in Glasgow. He would compete in Montana State bowling competitions with his bowling buddies. He would make trips to Fargo, N.D., to visit family and his favorite bookstore, Barnes and Noble. John liked to read progressive books on politics. He watched the news shows, documentaries, and movies on PBS and by Michael Moore. He liked to have conversations about change he wanted to see in our United States of America.

He is survived by one brother, Bob Myhre; three children, Jill, Judi and John Scott; 10 grandkids; and seven great-grandchildren.

In lieu of flowers, please send donations to Pelican Valley Senior Living Center or any youth sports program of your choice.