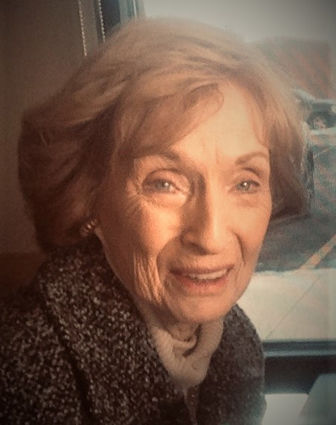 Mary Katherine (Dazell) Tihista, 84, beloved mother, wife and grandmother, passed away on Monday, Feb. 17, 2020, after a long-term illness in the presence of her loving family.

Born on July 31, 1935, she was the oldest of three daughters born to Robert and Clara Dazell, who had settled in Glasgow, Mont., after working on the Fort Peck Dam. She happily called Glasgow her childhood home and created abundant and fond memories she shared with her children and grandchildren throughout her life.

After high school, she moved to Great Falls, Mont., to attend nursing school at Great Falls Columbus hospital. She returned to Glasgow to marry fellow Scottie and high school sweetheart, Ronald Tihista, on Sept. 6, 1956, after which they promptly moved to Helena, Mont., to continue his college education following his return home from the Army. Their young family moved to Arizona shortly after his graduation, trying their hand at a new adventure but eventually returned to their home state and settled in Great Falls for the remainder of their lives. Over the years, their family grew and eventually welcomed six daughters. They were married for 64 years until his death in 2018.

Mary took great pride in raising her family and keeping her home, overseeing the many obligations that came with raising six children and their activities, volunteering for her passionate causes including Right to Life and PTA and gardening in her rose garden. She also contributed to the success of their independent, local business.

She was also a woman who treasured her Catholic faith and lived it fully throughout her daily life. She called Immaculate Heart of Mary Catholic Church her spiritual home for over 45 years and was instrumental in establishing the church community alongside her husband, overseeing the altar society as well as summer catechism and building lifelong friendships along the way.

She was preceded in death by her parents, Robert and Clara; and one sister, Margaret.

She was loved and will be missed.

Viewing was at Schnider Funeral Home on Sunday, Feb. 23, from 12 to 2 p.m. Recitation of the Most Holy Rosary was held at 4 p.m. at the Immaculate Heart of Mary Church in Black Eagle, Mont.

A private Solemn High Requiem Mass took place on Monday, Feb. 24, at 10 a.m. followed by a reception from 12:30 p.m. to 3 p.m. at the Meadowlark County Club for family and friends.

The family would especially like to thank the staff of the Renaissance memory care facility and her long-time care companion Pam, for their compassion and attentiveness to our mother's care.

In lieu of flowers, donations may be made to The Alzheimer's Foundation or The Saint Joseph's building fund in care of The Daughters of Mary Convent located in Round Top, N.Y.