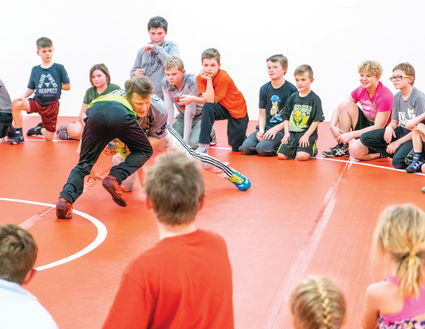 Renowned youth wrestling coach and head coach of NXT LVL Wrestling Academy Mike Krause made a stop at the brand-new Glasgow Wrestling Club Facility Feb. 3 to 5, to help break in the mats and show area youth wrestling and training techniques in his own high-energy style. Krause is regarded as one of the best youth coaches in the country and his command of a room is unquestionable as he organized a training program with a group of elementary to middle-school aged kids he had never met-or only met once-before in a matter of seconds. Krause travels the country regularly doing guest sessions and speaking engagements to motivate young wrestlers and pass on his skills. He is also sponsored by Adidas Wrestling. 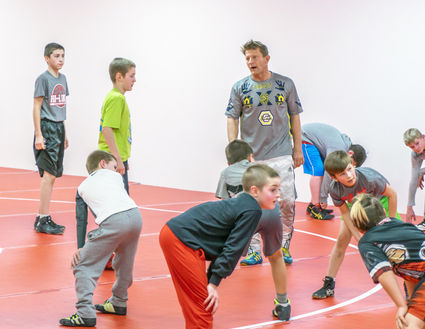 The Glasgow Highlanders debuted their new wrestling facility back in January after a year of construction. The facility is the largest single-use wrestling room in the state and houses three whole mats. The thriving club has only a few finishing touches to go before the wrestling room is completely done but the fine details do not stop the Highlanders from taking advantage of their new space.