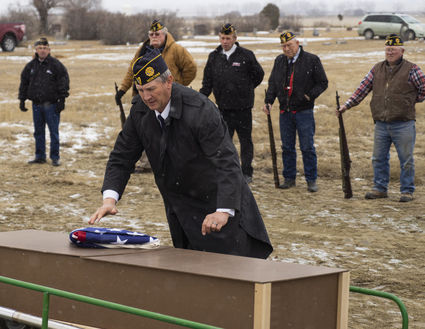 Presiding officer and American Legion Honor Guard Member Mark Johnson lays the American Standard on the coffin of Bruce Powers following the 21-gun salute and folding of the flag during military honors at Powers' funeral on Feb. 6.

He died alone and was buried, with everything he owned, in a plywood box at a small cemetery in Hinsdale, Mont. That is the end to the story of Marine Bruce Powers, age of 79, after dying in the dementia unit of Valley View Home. As a widower and...