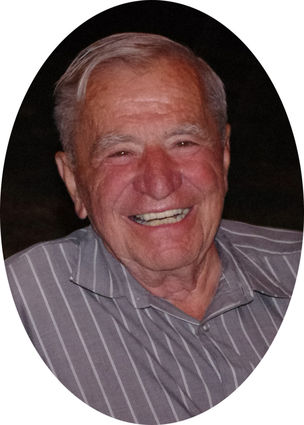 Donald "Don" Leroy Potter passed away from complications of lung cancer on Tuesday, Jan. 7, 2020, at the age of 81, at his home in Glasgow, Mont.

Donald Potter was born on June 15, 1938, to Orville and Rowena (Rice) Potter, in Glasgow. They lived in Wheeler, Mont., where Orville worked as a welder on the dredge; something that always made Don proud. In 1941 they moved to Ogallala, Neb., and then to Portland, Ore., where Orville worked on the Kingsley Dam on the North Platte River in Nebraska, and the dredges along the Columbia River.

In 1945 they returned to Glasgow. Don loved spending time on the farm along the Milk River with grandparents, Fred and Jenny Potter. Living with his Uncle Dave Rice and family for a short time while working on their farm was a very enjoyable time of his life. It was during this time that Don developed his love for the outdoors and agriculture. So much so, that every one of his grandkids can recite at least one story from that chapter in his life.

Don completed all his schooling in the Glasgow school system, graduating from Glasgow High School in 1956. His extracurricular activities included playing in the marching band and singing in the choir. While going to school, and after graduation, Don worked as a mechanic at Markle's Implement.

Following his high school graduation Don bought a pink and black 1948 pan head Harley Davidson motorcycle, with a hand shifter. He, along with Darrell and Lee Blatter, Les Truebell, Johnny Beardsley, Chet Birkland, and others did a lot of riding together, including an impromptu ride in the Wolf Point Stampede parade. It's been said that getting to ride with him was a big deal.

Don met Margaret Riley, through mutual friends and Margaret's brothers. They married six months after their first date, on Nov. 23, 1958, and recently celebrated their 61st anniversary with a quiet dinner in their home with family. They raised three children, Veronda was born in 1960, Sue was born in 1962 and Ron was born in 1963.

In 1965, Don relocated the family to Kalispell where he worked for the International truck dealership. After a short time they returned to Glasgow and Markle's Implement as shop foreman. In 1972, he along with his dad and brother, established Town and Ranch Servicenter, a farm implement dealership, in Glasgow. They sold Steiger Tractors as well as Owatonna and Will-Rich farm equipment. Don enjoyed his association with Scotty Aitken, Lyle Nelson, Johnny Bellon, and Ingrahm Bellon. Later, the business was named Prairie Ag at which time they sold John Deere implements. Don seemed to "retire" several times before retiring for good.

Don's hobbies included spending time with family, fishing, photography, woodworking, racquetball, playing cribbage and worrying about family members. Don loved playing racquetball with a group of men who played during their lunch hour and traveled the state to many tournaments.

The family spent numerous enjoyable weekends each year at Duck Creek or The Pines camping, boating, swimming, skiing, and spending time as a family. Don and Margaret made it a priority to take the family on an annual vacation. It usually included extended family and camping. Don always took time for his family and was interested in all they did.

Don especially loved his grandkids and was so very proud of each one of them; Julia, Brady, Megan, Jonathan, Rowena and Olivia. He and Margaret rarely missed a ballgame, track meet or rodeo. They took the grandkids on many camping trips during the summer visiting the national parks, Mount Rushmore, and family reunions in Canada. The grandkids delight in retelling stories of these fun trips.

There was a celebration of life at the Glasgow Elks Lodge following burial at the Highland Cemetery.