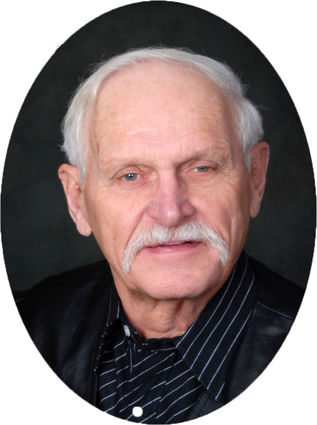 Don's family moved to Montana in 1933, where his father, Harold, found work on the Elmer Canen farm, the George Accola Farm and the Ft. Peck Dam project. The family relocated several times over the years, and Don finished all schooling in Port Orchard, Wash., graduating from South Kitsap High School in 1950.

Don went into construction work in Seattle, Wash., from 1950 to 1952. He was then drafted into the Army and went to boot camp in San Luis Obispo, Calif., where he went through basic training, and then through the "Signal Corp Training School" as a wireless radio operator. In July of 1953 he was shipped out of Oakland, Calif., to Okinawa. He was in Okinawa until August 1954. He was honorably discharged from the Army on August 13, 1954 and went back to Montana where his folks were.

Through the years, Don moved around following various construction jobs, one of which led him to Walla Walla, Wash., on a military construction base, where he revamped military housing. While there, he met and married Dorothy Henzel in 1965 (they later divorced in 1984). He pursued other construction work which eventually would lead him to Alaska in 1970, where once again he worked in construction, started his own company in 1972 and worked there until June of 1987.

Don was a master craftsman, and the projects he did for numerous people were done to perfection. He took great pride in everything he did. It meant a lot to him to make toy chests for his grandchildren, kitchen cabinets and much more for those he loved.

Don married Ramona (Albus) Kubis February 17, 1987 and they lived in Alaska until 2001, when they moved back to Montana.

Preceding Don in death are his parents, Harold and Hazel; brother Dale and sister Norma.