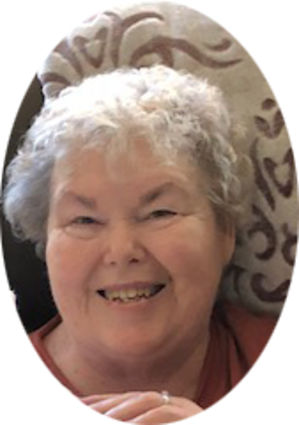 Jacquelyn "Jackie" Castleberry passed away into God's loving arms on Wednesday, Nov. 20, 2019, in the Billings Clinic Hospital, in Billings, Mont., at the age of 73 after a brief battle with cancer. She was peaceful and surrounded by the love of her family and friends.

Jacquelyn was born in Cleveland, Ohio, on Oct. 8, 1946, to Jack and Helen (Collins) Masterson. Her younger sister and best friend, Nancy, joined the family in 1949. They lived in Strongsville, Ohio, where Jackie graduated from St. Joe's Academy in 1964 and St. John's School of Nursing in 1967.

While working for the Ohio Turnpike in 1967, Jackie and her friend Mary Lou Rubel took a vacation to Virginia Beach, where she met a handsome Navy sailor named David Faxton Castleberry. Dave and Jackie were married on Feb. 17, 1968, in Strongsville, and lived in San Diego, Calif., where Dave was stationed in the Navy. They welcomed son Michael Faxton on Aug. 8, 1969. Mike was born in Ohio where Jackie lived with family while Dave was deployed to Vietnam.

Jackie was a wonderful example of how God wanted us to live; full of love, kindness and compassion for each other. She always put others' needs before her own. Her children and grandchildren (along with other friends and family members) loved receiving the many, many handwritten letters and cards from Jackie. She never forgot a birthday or special occasion.

Jackie was proceeded in death by her parents, Jack and Helen; her in-laws Faxton and June Castleberry and Zettie Castleberry.

Jackie is survived by Dave, her husband of 52 years; one son Mike (Yvonne) Castleberry, and their children, Cale and Casey, of Saskatoon, Canada; one daughter, Lyn (Dean) Thompson, and their children, Trey, Taryn, and Teague, of Libby, Mont .; one sister, Nancy (Jim) Nagy, of Strongsville; two sisters-in-law, Diane (Ron) Hanson, of Malta, Mont., and Jan (Keith) Ivers, of Libby; and numerous nieces and nephews.

Visitation and viewing was at Bell Mortuary on Tuesday, Nov. 26, from 4 to 6 p.m. Funeral Mass was celebrated at St. Raphael's Catholic Church on Wednesday, Nov. 27, at 10 a.m. Graveside service at Highland Cemetery followed Mass.

In lieu of flowers, please consider a donation to Francis Mahon Deaconess Hospital in Glasgow or your favorite charity.