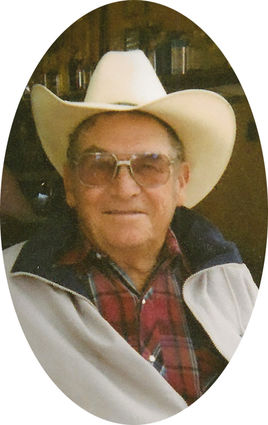 DuWayne was born on March 17, 1932, in Baker, Mont., the son of Llewell and Theresa (Souba) Johnson. He attended country schools south of Baker and Baker High School. DuWayne married Edith Tunby on July 14, 1951, in Baker. In 1958 after working as foreman in the Baker oil fields, he and Edith moved to Hinsdale, Mont., and bought the Old Mix Dairy where he ranched the rest of his life.

DuWayne loved and lived for his family. He enjoyed playing cards and visiting with friends. With his giving spirit, he was always quick to help friends and neighbors. He and Edie opened their homes to everyone especially those who needed a place to call home. He had special fondness for animals from cats, dogs to horses and cattle. He was a true cow man. He knew his cows and cared for each of them. DuWayne was on the boards of the Hinsdale Lutheran Church, Farmers Union and Milk River Cowboys Association. With funds remaining from the closure of Farmers Union, he and Jean Dreiksosen were instrumental in establishing the Hinsdale Community Scholarship. In his early ranching days, he performed numerous jobs in the community. He drove school bus, custom hayed, sold seed and fertilizer, and did backhoe work, DuWayne was a hard worker and never complained. He will be remembered for his kindness and generosity.

He was preceded in death by his wife, Edith Johnson, in 2009; one grandson, Kevin; one sister, Reva; and his parents.