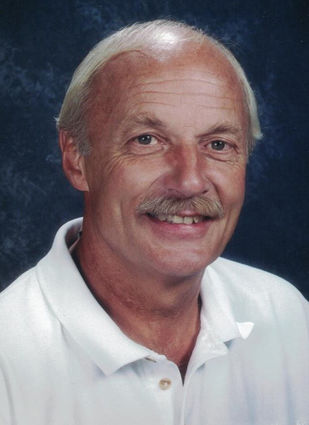 Robert 'Skip' Bryan Rundle, 74, of Hamilton, Mont., passed away peacefully at home surrounded by his loving family on Saturday, Oct. 19, 2019, after a courageous battle with cancer.

A Memorial Service will be held at Corvallis United Methodist Church, in Corvallis, Mont., Saturday, Nov. 30, at 2 p.m. with Ray Dunbar LL officiating. A reception will follow.

He was born in Glasgow, Mont., on Nov. 17, 1944, to Robert Paul and Margery (Rundle) Webber the second of seven children. He lived in Fort Peck, Mont., in his early years, followed by Glasgow, where he attended school and graduated from high school in 1963. Skip was a member of the Glasgow Scotty Bands, an officer in Key Club, a member of Student Council, played football and was vice-president of his senior class. He earned his private pilot's license at 17 and enjoyed flying with his father, brother, Steve, and lifelong friend, Jack Kotaki.

Skip attended Eastern Montana College in Billings, Mont., where he played football, was on the judo team, participated in bands and choir. He married Marcia Beebe in 1965; they have four children, Mike, Jacque, Heidi and Mitch. He graduated in 1970, earning a teaching certificate with an emphasis in music all the while working multiple jobs.

His first teaching job was in Malta, Mont., where he taught music K-12 and coached JV football. His bands received numerous awards. He creatively painted activity buses for the Malta Mustangs and the Glasgow Scotties during this time. In 1976, the family moved to Missoula where Skip received a Master's Degree in Music and Counseling from the U of M in 1980. The family enjoyed many adventures together too numerous to mention. One of his favorites was floating and fishing the Blackfooot River, after work in the summer with the whole family.

Skip was a career music educator, inspiring so many young minds and enjoyed teaching in public schools in towns around Montana, Idaho, Wyoming and Oregon. Upon his arrival in a new school, the band program would flourish and often many new students joined the band program - increasing enthusiasm for music and involvement in life wherever he was.

He started the "Red Wave" middle school band with Carl Smart, defying the belief that students this age could not be expected to march and play an instrument simultaneously. His persistence paid off and 30 years later they are still marching on. Skip started a similar middle school marching band in Madras, Ore., complete with majorettes.

Skip married Marie Lasar in 1994 after moving back to Glasgow. He gained an extended family, Chris, Jason, Josh Partridge, and Jana (Lasar) Crawford. Skip and Marie moved to Madras, Ore., where he taught at JCMS middle school for 17 years.

They restored their historic home, building rock walls, and beautiful gardens. They enjoyed paddling on the lakes of Central Oregon with his favorite lunches of roast beef sandwiches, homemade chocolate chip cookies and a thermos of coffee.

Spending time with family taking trips to the ocean were very special memories. He enjoyed photographing ships, fishing boats, lighthouses and the waves crashing against the rocks. He never passed up a fish and chip stand.

He mastered baking bread and caramel rolls but his favorite was apple pies with lattice tops, made to perfection. At Christmas, family knew they would receive a package of his Norwegian Lefse made with love.

He had an exceptionally creative mind inventing, devising, learning, questioning and philosophizing. With an eye for composition and art he immersed himself in photography, winning a national Kodak contest for critiquing photography. He was a jack of all trades and a master of many; as a welder, mason, painter and remodeler. He truly shined with his positive outlook on life. His attitude was infectious to everyone and he used this to coerce his students, family and friends to always do their best.

Summers at Swan with family were most precious, memories from his childhood carried on with his children and grandchildren. Teaching them to play music, fish, paddle or sitting by the campfires sharing stories were his most cherished memories.

After retiring from JCMS in 2015, Skip and Marie moved to Hamilton, Mont., ready to begin their fifth house project. This Montana boy was home again, close to family, and enjoying the western Montana beauty! He will be sorely missed.

Memorial donations may be made to your local Fine Arts and Music programs to continue to carry on his desire to get instruments into the hands of young students.

Memories and condolences may be shared with the family at http://www.brothersmortuary.com.