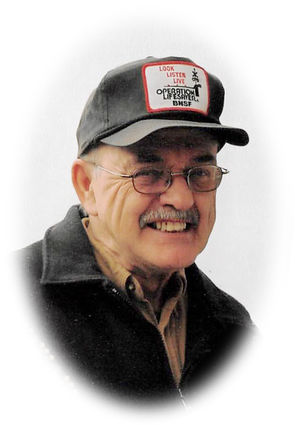 Jack Edward Bishop passed away into the loving arms of his Savior, Sunday, Oct. 20, 2019, at Hi-Line Retirement Home in Malta, Mont., with his loving wife by his side.

As per Jack's request, cremation has taken place. A memorial service will be 1 p.m., Saturday, Nov. 2, at the Glasgow Evangelical Church with Reverend John Skillman officiating. A luncheon will be served at the church following the service.

Born the youngest of 10 in Bassett, Neb., on April 26, 1940, to Fred and Ida Ellen (Lesher) Bishop, Jack would often tease he had more moms to keep him in line than any kid he knew. Early on he was given the nickname Jackson by his sister, Doris. The family moved to Minnesota and finally settled in International Falls. Jack and his brother, Floyd, were the pranksters of the bunch. The stories they would share would have you laughing, add the Brottem family into the mix, and it was guaranteed hours of entertainment.

After graduating from Falls High School in 1958, Jack took on carpentry, and it was his life-long hobby. He then was hired on the paper mill, moving up to maintenance supervisor right away. He married Janice Dugas and together they had three children, Lori, Jeff, and Mary. They later moved to Lebanon, Ore., where he became a journeyman pipefitter crane operator and foreman with the plywood mill. After their divorce, Jack transferred to Bonner, Mont., to work in the mill. While in the Missoula area, he bought Montana artist Edgar Paxon's home and completely restored it to put it on the historical register.

After the mill shut down, he drove over-the-road as a truck driver. He then became the state boiler inspector for the eastern half of Montana. After moving to Bridger, Mont., he went back over-the-road and drove for a few more years. Jack decided on a career change; he worked for the Sage Corporation as a truck driving instructor, he taught hundreds of students all over the western United States. While working in Kalispell, he met his wife, Leslie. Together they had Jackson and Jacob.

Jack was contracted through Schlumberger to teach driving in Wyoming and Colorado. He was offered to be hired full-time and to move his family to Egypt. After finding out he was going to be a father again, he declined their offer. A medical issue forced him into early retirement. Jack and Leslie acquired an antique store and ran it for a number of years. However, Jack knew the importance of living on a farm so the family moved to Opheim. Moreover, he wanted to go back to basics and live on a farm to raise his boys like he was raised. He did enjoy a few years, often hauling for local farmers. Jackson and Jacob loved riding in the semi with their father. Unfortunately, Jack became ill again, and his dream was shattered. He was diagnosed with the early stages of vascular dementia. The most challenging task was for him to surrender his commercial driver's license.

Jack was raised in the Assembly of God Church and loved the Lord, Jesus Christ. He believed in being saved by grace and the power of prayer. He looked forward to going to church on Sunday mornings. He loved his family, extended family, and friends. Jack and his daughter, Mary, restored a 1965 Mustang as gift to her. Jack was an avid elk hunter in the Blue Mountains in eastern Oregon. He enjoyed collecting antiques, playing cards, traveling, camping, fishing, hunting, the outdoors, raising goats, and Thanksgiving dinner. He was a master welder and carpenter. Jack was a natural leader and hard worker, but also a prankster, loved to laugh, and always optimistic. He enjoyed singing gospel, country western, and bluegrass music. He was a union and Elks Club member.

The family would like to thank Hi-Line Retirement Home and the loving care they provided Jack, especially in his last days.

"Dad, you were the best ever, we will always love you and miss you"...Your Kids.