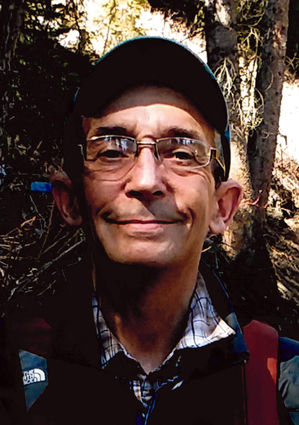 David Andrew Bayne, 61, went home to be with his LORD and SAVIOR Jesus Christ on Sunday, Oct. 13, 2019. He will be missed by his family and countless friends.

Celebration of Life services will be held at the E-Free Church in Bozeman, Mont., on Saturday, Oct. 26, at 11 a.m.

Graveside services will be held on June 20, 2020, at the Highland Cemetery in Glasgow. The time for that service will be announced at a later date.

David was born on March 1, 1958, in Glasgow, Mont., to Oliver David Bayne and Grace Lillian Bayne. David was raised in Glasgow. He participated in football and wrestling. David graduated from Glasgow High School in 1977. He joined the U.S. Navy and proudly served his country for seven years. He served aboard the USS Kennedy. He attended Montana State University in Bozeman for three years. He married Lindy Swier in 1994. Through his marriage to Lindy, he gained a wonderful daughter and son. Though they later divorced, they remain a valuable part of David's family and life.

David counted it as one of his greatest privileges and blessings to work for Tony Knick at Knick Machining. He worked for Knick Machining for 17 years and considered Tony, the Knick family and all the employees as his family. David was honored to be a member of the men's Thursday morning prayer breakfast at the E-Free church in Bozeman. He considered each man there as his brother.

David would like to honor the Meidinger family in Glasgow. David grew up next door to the Meidinger family and considered all 11 of the Meidinger children as his brothers and sisters. Since David's dad died when David was only five years old, David considered Elmer and Marion Meidinger as his second parents. As a teenager, he worked with Elmer moving houses all over northeastern Montana. He cherished all the time he had with their family. He spent the majority of his days and evenings at their home.

David was a beautiful soul and one of the kindest men on earth. He was a beacon of hope and kindness to everyone he met. He endured several physical hardships for 30 years and never once complained about having to endure the physical trials. David was known for always caring for others and putting others ahead of himself. He had a great love for others and a passion for sharing the love of Jesus.

Thank you to all of David's friends for the part you played in his life. He was very thankful for your friendship and love. His greatest desire would be to see everyone join him in heaven where he is rejoicing with the LORD.