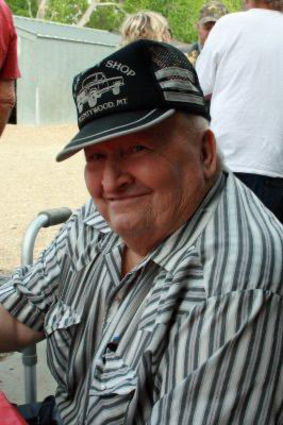 Services will be held on Friday, Oct. 11, at 2 p.m. at the First Lutheran Church in Glasgow with Pastor Todd Wright officiating.

Cliff was born July 24, 1943, to Joe and Verna (Stellflug) Isakson in Opheim, Mont. He was the fifth of six children. He loved horses, which began as a young child riding stick horses. He learned pinochle at a very young age and played it as often as he could with anyone willing to take him on. He married Dianna Hallock on Nov. 28, 1964, and together they had three children.

He was a ranch hand, veterinary's assistant and jailer. He was an avid rodeo fan and attended as many as possible. He enjoyed driving horses and attended wagon trains. He and Diane hosted hayrides for family and friends for many years at their home. For the Christmas stroll he would hook up the team and give hayrides for the town. He also enjoyed hunting with his kids, team roping, and trail rides.

Later in life, he couldn't give horse rides anymore, so he loved giving little ones rides on his electric wheelchair. He loved kids and his last words were to his new great-granddaughter. He also loved his little four-legged friends.

He is proceeded in death by his parents, Joe and Verna; one daughter, Brenda Cook; two grandchildren Hanna and Ty Cook; and two brothers Alvin and Marvin.