Update: Strommen Pleads Guilty to Sexual Abuse of a Child 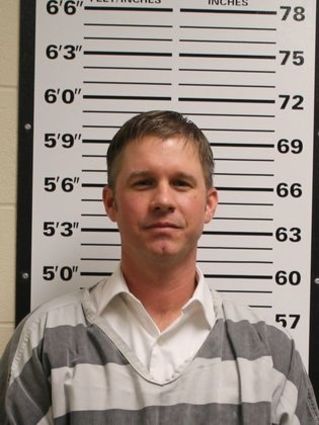 This story is an update to an earlier story. This edition adds information from the plea deal — including the exact crime Strommen pleaded guilty to — and clarifies that the second count that was dropped was an alternative charge to the first count and not a separate crime. It also provides more information about the pre-sentence investigation, the judge's ability to impose a harsher sentence if he sees fit, and Strommen’s ability to withdraw the plea and go to trial.

Ex-Valley County undersheriff Luke Strommen pleaded guilty to a single count of sexual abuse of child on Tuesday, Oct. 8. Appearing in front of Missoula County District Judge John Larsen, Strommen changed his plea to guilty for a single count of the charges filed against him. A second alternative charge of attempted sexual abuse of child was dropped.

A third charge of sexual intercourse without consent relating to a separate incident still remains unresolved and that case is unaffected by the plea deal. A trial for that charge is scheduled for March 9, 2020.

In the plea deal, signed by Strommen and provided to the Courier by the Montana Department of Justice, Strommen admitted to receiving an emailed image of a 17-year-old girl “in a partial state of undress.” The documents state that the image was of the victim from the waist up showing her bra. A source close to the case said that the victim was also wearing a sweatshirt, but the docs make no mention of the sweatshirt. According to that same source, Strommen added the language while changing his plea.

Charging documents alleged that Strommen was in a consensual relationship with the girl at the time he received the images — the age of consent in Montana is 16.

The plea deal stipulates that the state would recommend a sentence of 10 years with the entire sentence suspended subject to the conditions of probation, meaning that Strommen could face jail if he violates any of his probation conditions.

The deal also stipulates that Strommen would reimburse the state for an out-of-state witness deposition that was conducted as per the investigation. The reimbursement amount will not exceed $1,500. The deal also leaves open the victim’s ability to request further restitution at sentencing.

Now that Strommen has pleaded guilty he will face a pre-sentence investigation and psychosexual evaluation. Those findings will go to the judge who will then rule on the case and decide on a sentence. The judge does not have to abide by the deal agreed to by Strommen and the state. If Strommen does not agree with the sentence handed down, than he can withdraw his guilty plea and go to trial. He will also be required under Montana law to register as a sex offender. The sentencing hearing is set for Jan. 2, 2020, in Glasgow.

The deal was signed by Strommen; his attorneys, Jason Holden and Katie Ranta; and Assistant Montana Attorneys General David Buchler and Daniel Guzynski.

The remaining charge against Strommen alleges that he raped a girl who was 14-years old at the time. Charging documents filed in the case allege Strommen began assaulting the girl over nine years ago and that it occurred over 50 times, many of those times in his patrol vehicle, according to the charges.

If found guilty at trial of the third charge, Strommen faces up to 100 years in prison.

Strommen’s case began almost a year ago in spring of 2018 when he was placed on administrative leave from his job as the Undersheriff for Valley County for “professional misconduct.” At that time, he was also a declared candidate in the Valley County Sheriff Race. After the completion of the investigation by the Montana DOJ Division of Criminal Investigation, Strommen was charged with receiving the images referred to above. The charges also detailed the consensual affair which began after Strommen met the victim during a traffic stop.

After the charges were made public in 2018, a second investigation was opened after another victim came forward alleging Strommen had raped her while she was just 14. The charge of sexual intercourse without consent was then added to the list of charges against Strommen by the Attorney General’s office. In January, Strommen pleaded not guilty to that charge. A trial for the case had been set to begin on Oct. 28, 2019, but was vacated following the plea deal, according to local law enforcement sources. A new trial date will occur on March 9, 2020, in Glasgow.