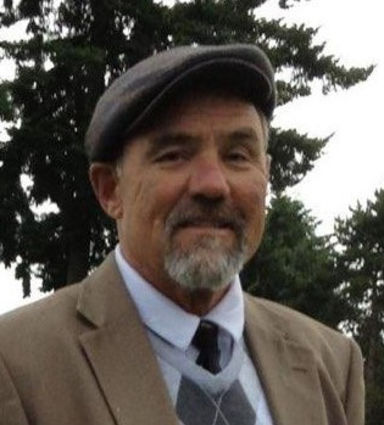 There will be no funeral at Rick's request. Cremation has taken place and his cremains will be spread upon the Rock Creek near Thoeny, Mont.

He was born a Thoeny, Montana boy in Glasgow, Mont., June 6, 1947, to Joseph Albert and Patricia Ann (Langteau) Stuber. He attended the Abbey in Richardton, N.D., his freshman year but otherwise received his elementary and high school education in Hinsdale, Mont. He was active in sports, FFA, 4-H, scouting, chorus and all things mischievous. His youthful experiences were far from ordinary.

Rick joined the Marine Corps while a senior in high school and served from his graduation in 1965 to his honorable discharge in 1968. He was a gunner during his Vietnam tour and a helicopter fueler for HMM 265 and HMM 262 (Bill's Bastards). He was later diagnosed with cancer as a result of his exposure to Agent Orange.

Rick graduated with a teaching degree from Eastern Montana College in 1976. He worked his way through college as a Valley County Deputy Sheriff for four years, and as a roughneck and derrick hand for Calvert Drilling. He also ranched, tended bar, farmed, operated heavy equipment and tamed a cayuse or two.

While teaching and coaching in Forsyth, Mont., he earned an MEd from UM and later was appointed the high school principal at Plenty Coups High School in Pryor, Mont. He subsequently earned an EdD from UM and became the school superintendent at Culbertson, Mont.; a position he held for 15 years before retiring to Oregon. In Oregon he was the superintendent of schools in Burns and Creswell before golfing full time.

Dr. Stuber was a dedicated professional educator as a teacher, coach, athletic director, elementary principal and superintendent, often serving in multiple positions at the same time. He was an adjunct professor for several universities as he taught graduate course through his curriculum construction business. He won numerous awards and honors in his field, was President of the Montana High School Association, and served on several local, state and national education committees and boards including the Montana Teachers Retirement Board and the Northwest Association of Schools.

Rick was a lifelong athlete and runner. He excelled in many sports and played league softball and basketball well into his 50s. He was twice selected as the Montana Coaches Association's Coach of the Year.

He is predeceased by one sister, Suzy.

He is survived by his children and their families, Gabe (Taleasha) Gerald, Jonas and soon to be Atticus; Jennifer (Luke Graham) Thoeny, Mozelle Dorthea, and Josie; Danna' and daughter Claire; Ashley (Derek) Johnny, Mary, Derek Jr. and Deliz; and Daniel (Sunni) Elsie; his wife, Stacy (DeLoach), and her sons, Dagan, Dallas, Trevor and Corbin; his two brothers, Joe and Tom; and two sisters, Teresa and Mary.

Arrangements are entrusted to England's Creswell Memorial Chapel. Please access the obituary and you are invited to sign the guestbook at musgroves.com.