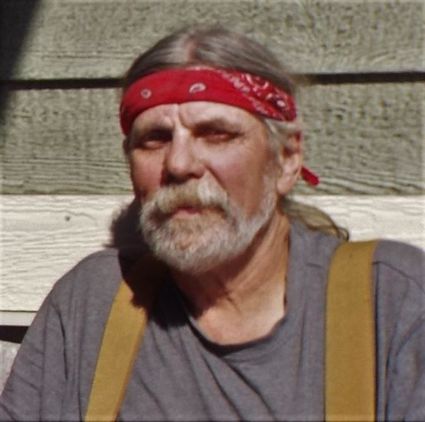 Donnie "Fizz" Ray Feezell passed away Tuesday, Sept. 10, surrounded by his family at his daughter's home in Williston, N.D.

Our father's wishes were that there be no memorial services and we have chosen to honor them. He wouldn't have wanted anyone to waste time or money coming to mourn his loss. He wanted everyone to have a great time and live life the "Fizz Way."

He received his nickname in school. He never missed a day. They used to say "Rain or Drizzle here comes Fizzle" which eventually became shortened to "Fizz." He was born on June 11, 1953, in Glasgow, Mont. He grew up in Opheim, Mont., working on the family farm, playing football, wrestling and competing on the track team.

He was married to Lorena Trowbridge in 1972, of this marriage he had two daughters, Tina White (John), of Williston, N.D. and Twila (Steve) Wild, of Wasilla, Alaska.

During his marriage to Lorena he was drafted into the Navy during the Vietnam War where he learned aircraft mechanics and a love for all things mechanical.

He married Cheryl Wallem in 1977, of this marriage he had two sons, Zeb and Zeke Feezell, both of Mansfield, Texas.

He and Cheryl lived in Helena, Billings, Havre and Nashua, Mont., just to name a few. He settled in Glasgow after Zeb and Zeke graduated from high school, but everyone that knew him, knew he was always on the go to somewhere. He loved to travel and never stayed put for long, always having his Grip (waterproof duffel bag) ready to go.

He was a mechanic most of his life and almost always had something torn apart or in assorted stage of being put back together.

He loved riding his Harley (going on putts) and did enjoy teaching others how to work on everything from small engines to large machinery-thank goodness as he got older, he gained a few more patience for teaching those of us that were mechanically impaired.

Every person he met was a friend, everyone was "good people," he loved everyone, and everyone loved him. He had a passion for story telling and would encompass any that would listen.

He was preceded in death by one daughter, Twila Feezell (Wild); one brother, Jerry; mother Arlene; father Sam; grandmother Gerda; and grandfather Hoarce.

We ask the in lieu of gift or flowers that if you have any photos of you with our dad that you share them with us at [email protected] or text them to 701-770-5215 with the story of where you where and what you where doing. We will make a memory page for Dad that all can visit.

We would like to thank everyone for their thoughts, prayers, kind words, and condolences during the last several weeks.