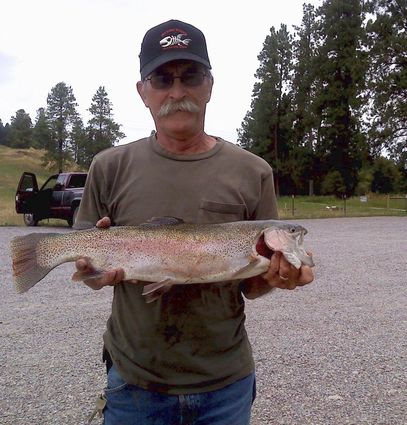 Kerry Lynn West passed away on Thursday, Aug. 22, 2019, in San Antonio, Texas, from complications with cancer.

Kerry graduated from Columbia Falls High School and then joined the Navy, where he served 14 years in cryptology and security analysis. He traveled the entire world and had some amazing stories from his years of service.

After his years of service, Kerry returned to the place he loved, the Flathead Valley, in 1983. This is where he wanted to raise his kids. Kerry moved to Glasgow, Mont, in 1996.He worked for the Valley View Home for three years as a maintenance technician, and then moved on to Valley County courthouse as their maintenance and computer technician. He helped implement the 911 system for the county. He met his wife Debbie there.

In 2008, they returned to the Flathead once again until early 2019. Kerry and Debbie had just retired and set out to enjoy the RV lifestyle. Kerry enjoyed fishing and hiking. Two of his favorite places were Bowman and Kintla Lakes in Glacier National Park.

He indulged in a wide variety of reading, including westerns and fantasies, puzzles and mental challenges. His greatest hobbies were techie things; his phone and computers. Kerry loved all genres of music, especially country and classic rock, as well as rap, which helped him identify with the boys at the Wilderness Treatment Center where he worked much of his life helping young people change their lives for the better. He was very involved in drug and alcohol recovery programs and dedicated much of this life to AA. He frequently posted pictures of sunrises and sunsets from the Treatment Center.

Kerry will be greatly missed by all who were privileged to know and to love him.