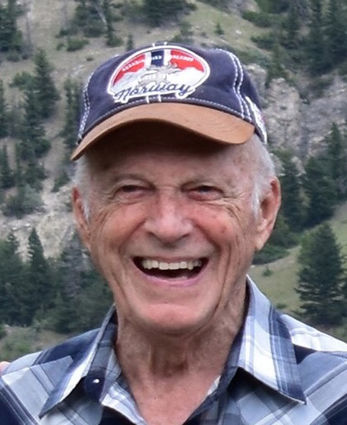 He was born July 10, 1930, at rural Westby, Mont., to Arthur and Edna (Stageberg) Nordhagen. He graduated from Westby High School in 1948, and served in the United States Air Force from 1948 to 1952 with an honorable discharge as Staff Sergeant. Upon entry into the USAF, Darrell passed a two-year college equivalency exam and was promoted to Staff Sergeant before he was old enough to vote. He was employed in Wolf Point and Miles City, Mont., for three years, then was a civilian employee of the United States Air Force at Fortuna, N.D. He was then transferred to the Glasgow Air Force Base as one of the first employees there. In 1959, he transferred into the United States Post Office in Glasgow, Mont.

He married Darleen Isakson Aug. 15, 1959, and they made their home in Glasgow. In 1962, he transferred into the post office in Plentywood, Mont., and also farmed at Westby. In the winter of 1965 they moved to Opheim, Mont., and began ranching and farming. They retired in 1989 and moved to Billings.

He was an active member of the American Legion, and was a Patriot with an "America First" attitude. During retirement he was a populist believing that the government and its policies had strayed far from the Constitution created by our Founding Fathers. He said he was not a leader, nor a follower-simply independent.

Graveside services were held on Monday, Aug. 26, at 1 p.m. at the McElroy Cemetery in the Westby area followed by a lunch reception at the Westby Community Center.

An additional reception for family and friends was held on Tuesday, Aug. 27, from 2 to 4 p.m. at the Outpost Cafe in Opheim.

Memorial donations may be made to the charity organization of your choice.