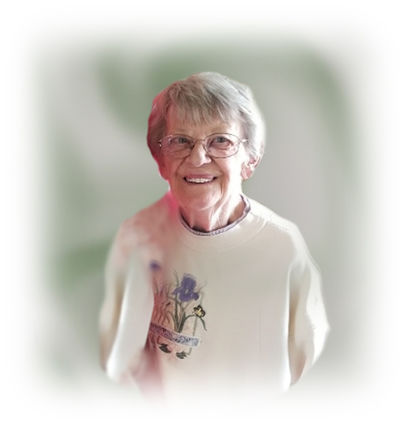 Joan McGarvey, 82, passed away peacefully at Sheridan Memorial Hospital in Plentywood, Mont., on Friday, Aug. 16, 2019, after complications from a broken hip.

Memorial services will be Saturday, Aug. 24, 11 a.m. at the Fulkerson Memorial Chapel in Plentywood.

Joan Estelle McGarvey was born Oct. 12, 1936, to James and Mildred (Larson) McGarvey in Glasgow, Mont. She attended Nashua Public School, in Nashua, Mont., and graduated in 1954. She went to Kinman Business University in Spokane, Wash. In August of 1955, she married Richard Muse in Glasgow. After their marriage, they lived in Ohio for a short time until they moved to Nashua. In 1959, they moved to Reserve, Mont., and in 1965, they moved to Grenora, N.D. Richard and Joan were blessed with four children: Steven in 1956, Randall in 1958, Natalie in 1960, and Timothy in 1962.

In Grenora, Joan worked as a secretary for Great Plains Supply. She also worked at Grenora Public School as a teacher's aide and the secretary. In 1985, Joan moved to Medicine Lake, Mont., where she worked for the National Wildlife Refuge. She retired from the refuge in 2002. After her retirement, Joan made her home in Reserve, until 2013, when a microburst made her home unlivable. She lived in Grenora for a few short months until she was able to find a place in Plentywood, where she lived out the rest of her years.

In her spare time, Joan was an avid bowler in Grenora and Medicine Lake. She loved reading and doing crossword puzzles. She also enjoyed watching Wheel of Fortune and Jeopardy. Joan always listened to the Mondak Thunder games that were broadcast on the radio. Joan's family fondly remembers her passion for crocheting afghans. She made it a commitment to make an afghan for each of her grandchildren when they graduated from high school. All of her great-grandchildren will also be getting an afghan that their great-grandma Joan made.

She was preceded in death by her daughter, Natalie, and her parents.