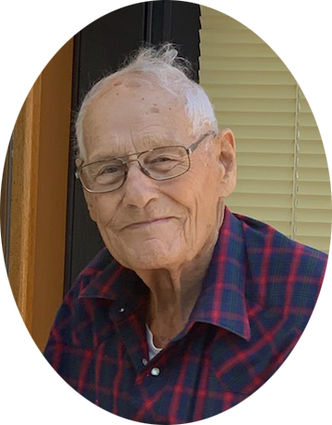 Albert was born Sept. 7, 1930, to John and Alma (Willer) Franzen at Anna Chester's Boarding House in Hinsdale, Mont. He attended school in Hinsdale for six years and then the family moved to Glasgow where he went to school until he went to work for his sister and brother-in-law, Charlotte and Clarence Fuhrman, at their family farm near Opheim.

Albert joined the Army in 1948, serving in the Army Reserves. He was called to active duty in the Korean War and was honorably discharged in 1952. He completed his GED while serving his country. After returning from Korea he went back to work for Clarence and Charlotte. While working for them he met the love of his life, Doris Johnston. The couple married July 1, 1954.

That fall he went to work for Wagenhal's Electric. Albert worked for several electric shops and earned his Master Electrician License. In 1982, he went into business with his brother-in-law, Bud Johnston, together they opened Glasgow Electric. He retired in 1993 to enjoy his family.

His family started with the birth of Rollie in 1955, 360 days later Brenda came along. Over the next 12 years the family grew to a total of eight children, Ann, Sharon, Louise, Linda, Bridger (Albert was so surprised it was a boy after five girls. He didn't believe Doris so he had to go and check the equipment) and Theresa.

In 1961, Albert and Doris decided to build a home for their ever growing family. They constructed a beautiful five bedroom, one bathroom house that became a home for 10 people. The second bathroom wasn't added until most of the kids had moved out on their own. Once the children moved out there was no need for the large country home, so they moved to town in 1988. Their new home was a fixer-upper that they remodeled to reflect Albert's many talents.

Albert and Doris enjoyed many happy retirement years with family and friends. One highlight was traveling to China with their son and daughter-in-law. He was a creative card player and taught his children how to cheat. We never played for money. It was all for fun! He was a member of St. Raphael's Catholic Church, VFW Post 3107, International Brotherhood of Electrical Workers Local 233 and 8th District Unions, Valley County Mosquito Board and Friends Of The Pioneer Museum.

He left this world a very happy man feeling blessed by his beautiful family!

He is preceded in death by his parents, John and Alma; three brothers, Bill and Tom Franzen, and Virgil Barnett; one sister, Charlotte Barnett Fuhrman; one infant sister, Dorothy Franzen; and one grandson, Derek Leckie.