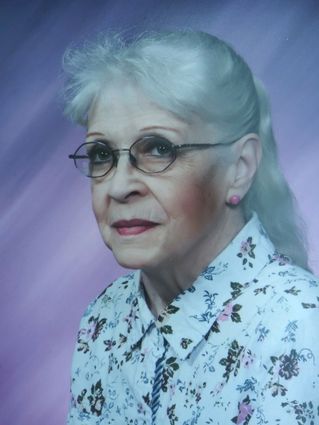 Monica Louise Siebert was born at Trinity Hospital, Jamestown, on March 6, 1946, to Anton and Elizabeth (Stark) Siebert, of Kensal, N.D.

She grew up in Kensal and married Frederic Gast on Dec. 30, 1965. She later attended trade school in Montana, receiving a diploma in keypunch operation. She was married to Menford "Bud" Louis Sather on Oct. 5, 1974, at St Raphael's Catholic Church in Glasgow, Mont. She lived on the family farm near Larslan, Mont., for many years. She retired from the North Dakota State Hospital after 23 years of dedicated public service.

In her retired years, she and her beloved Jesus bravely and faithfully fought and defeated cancer twice, with the aid and support of many, but especially her son Brian, who was also fighting cancer alongside her during that time. She enjoyed her children and grandchildren immensely and knowing and loving Jesus Christ in the celebration of her Catholic faith was her most important and lifelong passion.

Visitation was on Thursday, Aug. 8, 4 to 7 p.m. with a rosary recited at 7 p.m. at Williams Funeral Home, Jamestown, followed by a vigil.

A mass of Christian burial was on Friday, Aug. 9, 10 a.m., at St. James Basilica, Jamestown. Interment is at St. Mary's Catholic Cemetery in Courtenay, N.D.

Arrangements are in the care of Williams Funeral Home, Jamestown.