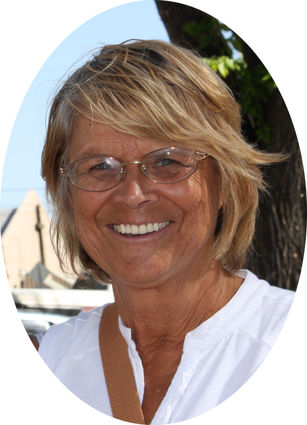 Sharon (McElvain) Robinson passed away peacefully in Chandler, Ariz., in the early hours of Thursday, July 18, 2019, at the age of 79 after a lengthy battle with Alzheimer's.

Memorial plans include a burial service at Hillview Cemetery, Hinsdale, Mont., Saturday, Aug. 3, at 11:30 a.m. to be followed by a reception at the Willie Nelson American Legion Post in Hinsdale. A celebration of life will be held in Helena, Mont., Sunday, Aug. 4, at 2 p.m., at Covenant United Methodist Church, 2330 E Broadway St., Helena. Both will be officiated by her son, Pastor Dirk Robinson.

Sharon was born in Glasgow Hospital, in Glasgow, Mont., April 1, 1940, to Robert James and Alice (Jones) McElvain. She was a beloved mother, grandmother, sister and friend. Sharon will be missed greatly by all who knew and loved her.

She spent her childhood years in Hinsdale and graduated from Hinsdale High School in May of 1958. She continued her education at Northern Montana College in Havre, Mont., and Eastern Montana College in Billings, Mont. In March of 1963 she moved to Helena where she worked for the State of Montana as a key punch operator. She was married to Gerald Robinson for 42 years and together they raised their three sons.

She dedicated her time to being a stay home mom and was well known for her cookie baking. Sharon had a giving heart and was an active volunteer with organizations that served others. Some of the places she called home over the years included, Helena, Boise, Idaho, Bellevue, Wash., Bismarck, N.D., as well as Mesa and Chandler, Ariz. She had great friends in all these places and was an active member of the local United Methodist Church during her time in each place. She was an avid hiker and walker. She loved sunny weather and her tan skin was the envy of many. She had an infectious laugh and beautiful smile. She was crafty and made many quilts, cross-stitch and needlework projects, and could be found knitting up until the last couple years of her life. She was a two-time breast cancer survivor.

In lieu of flowers, memorial donations may be made to the Alzheimer's Association (alz.org) or Hospice of the Valley (hov.org).