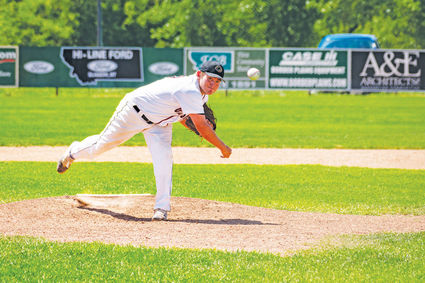 Kevin McDonald throws a pitch during the first game of a double-header against the Laurel Dodgers at Bill Connors field on July 5. He pitched four innings, allowing four hits and three runs, while striking out four.

The Glasgows Reds had a busy two days this past weekend, July 6 and July 7, playing double-headers both days at Bill Connors Field in Glasgow.

The action began on July 6 at 2 p.m., with their first game of the series against the Laurel Dodgers. T...