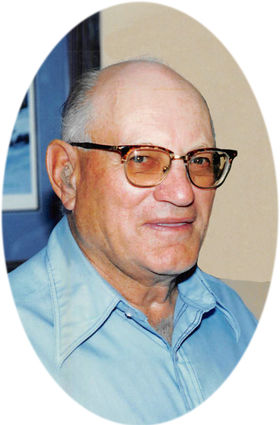 A celebration of Gene's life will be held at 10 a.m. on Thursday, July 11, at the Bell Mortuary in Glasgow. A reception will follow. Burial with military honors will take place in Highland Cemetery at 12 p.m.

Gene was born March 22, 1924, on a farm north of Nashua, Mont., to Otto and Effie (Speyer) Brandt. He attended school at the Bjorklund School, north of Nashua, through grade seven and attended Nashua school beginning with grade eight and graduated from Nashua High School in 1942.

After high school, Gene went on to Coyne Electric School in Chicago, completing the basic electrical course and worked as an electrician's helper in a steel mill in Indiana Harbor, Ind. He returned to Montana and worked for Nyquist Ranch, north of Glasgow, for four years before returning to Coyne Electric School to complete the radio and refrigeration course. Gene returned to Montana and worked as an electrician in Wolf Point. In 1949 he was called into the Army and was a radio man at Battalion Headquarters at Fort Lewis, Wash. Gene was transferred to the Army Reserves in January 1950 and returned to Wolf Point to work as an electrician where he met his future wife, Doris Georgette Hustad. They were married on July 16, 1950, in Wolf Point. They raised five children, Terrance Keith, Colleen Marie, Barbara Faye, Mark Eugene and Rebecca Arlene. In September 1950, Gene was called back into the Army and was assigned to a Military Police Co. at Presidio of San Francisco, Calif. until November 1951. Gene moved back to farm north of Nashua for many years until retiring and moving to Glasgow in 2000.

Gene was a mechanic, craftsman, inventor, he could repair anything and made some of his own farm equipment. Gene had many hobbies; he was an Amateur Radio Operator "K7HLU" for over 60 years and enjoyed talking with the radio group every morning, still having a current license. He loved restoring things and getting old tractors running again. Gene was a member of the N. E. Montana Thrashers Assoc. and went there for many years running the threshing machine. He enjoyed shooting his black powder rifle and putting together jigsaw puzzles which he glued to plywood and hung on the walls.

Gene is preceded in death by his parents, Otto and Effie Brandt; one brother, Ivan Brandt; and twin sons who were born prematurely.

Condolences for the family may be posted online at https://bellmortuarymt.com/ .