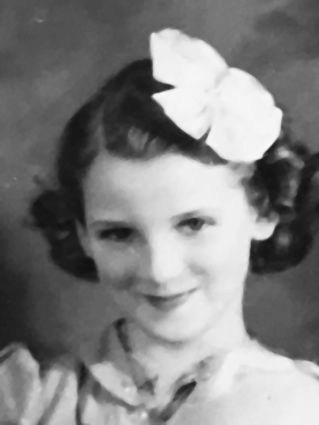 Services will be held at 11 a.m. on Saturday, July 13, at First Lutheran Church in Glasgow, Mont. A graveside service will follow at the Highland Cemetery.

Gloria was born on July 25, 1931, in Bainville Mont., the daughter of Leo and Gladys Robinson. She was the oldest of four children. She was raised on a farm outside of Bainville and graduated from Bainville High School in 1949. On Oct. 21, 1950, she married Frank Eugene Shanks at the Bainville Lutheran Church. In the early 1950s, they moved to their forever home on 11th Avenue North in Glasgow.

During her life she enjoyed spending time with her children and grandchildren. Gloria was an amazing and talented knitter. She loved being a housewife, mother and also a babysitter for many youngsters in Glasgow. She was lovingly referred to as "Tia" by many. She was also known as "Hugging Grandma," "Kissy Gram" or "Grandma Smooches" by our friends and her grandkids' friends. She and Frank enjoyed boating, traveling in their motorhome, antiquing, and visiting with family and friends. She was often seen walking all over the town of Glasgow with her lifelong friends.

She was preceded in death by her parents, Leo and Gladys; two brothers, Robert and Edward; her husband Frank; and one grandson, Dylan.

Condolences may be sent to our family at bellmortuarymontana.com.

We know that she is over the moon to be back with Gramp. Can't imagine how many hugs he got!

Gram, you are loved and you will be missed. Peace be with you!