Glasgow Follows-Up with Two More Wins at Home vs. Malta 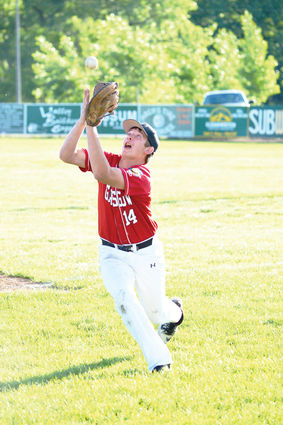 Will Knierim catches a fly ball in foul territory to secure the first out of what would be the final inning in a game vs. Malta on June 24.

The Glasgow Reds earned two shut-outs on the diamond vs. the Malta Royals at home on June 19. Chase Guttenberg made a statement on the mound in the first game when he earned the win and a shut-out against the visitors. He went five innings, allowi...