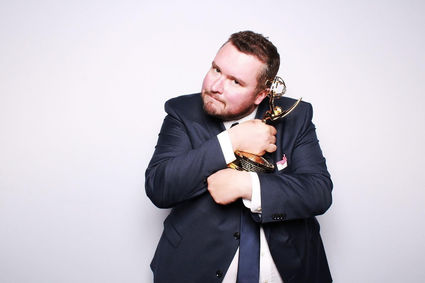 Shawn Newton poses with his regional Emmy on June 8.

Under the Big Sky, a storytelling series produced by the Montana Television Network, recently won awards from the National Academy of Television Arts and Sciences Northwest Chapter at the Emmy Gala in Seattle, Wash., on June 8.