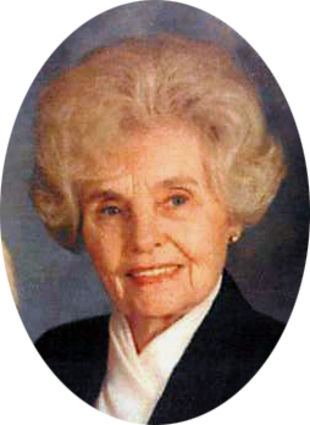 Marguerite"Mugs" Elizibeth (Hlad) Gamas, 96, returned to her heavenly home on the early morning of Saturday, June 8, 2019, from complications of dementia. Her devotion and firm belief in God supported her during her struggle and ultimately gave her peace.

Marguerite was born on Sept. 18, 1922, on a homestead in her family two-room home built from railroad ties 9 miles east of Glasgow Just north of "old" highway two on Lindike Coulee. She was the daughter of Mike and Caroline (Grabon) Hlad who immigrated to the United States, traveled West from Ellis Island and filed for their 160 acre homestead claim. Marguerite was the fourth child of six siblings: Anna 1916, Joseph 1917 (died in infancy), Frances 1918, Irene 1920, and Marguerite in 1922. Just when things were going as planned, Lawrence (1934) arrived 12 years later.

In 1942, upon completion of her studies at Kinmen Business School, Marguerite returned home to Glasgow. She lived with roommates in an apartment in Glasgow owned by the Gamas family in order to be closer to work. She worked first for what used to be called Sternhagen Insurance agency and gained experience in bookkeeping and office accounting which she would continue as work throughout her career. Several years later, Marguerite took an accounting position at Newton Motors in Glasgow and remained at Newton Motors until the late '60s. After working for Newton Motors, Marguerite accepted a bookkeeping position at Boutell Motors in Miles City. She developed a love for Cadillacs. Marguerite remained at Boutell Motors, until she retired in 1981. Upon retirement, Marguerite returned to her home in Glasgow. Marguerite truly enjoyed working with the public and being involved with local business. She was proud of her work ethic and accomplishments. She was an exceptional bookkeeper and was routinely recognized by General Motors as such. She was very methodical with her office work, and held herself to high standards.

In 1945, she met the love of her life, and her best friend Warren Gamas Sr. in Glasgow. They were married in Washington in 1947 and remained inseparably in love for 64 years. Warren had two children from a previous marriage: Warren (Nick) H. Gamas, of Glasgow, and Charlotte (Nonnie) Gamas-Farrington, of Great Falls, Mont. Wherever Marguerite needed to be Warren was by her side. Marguerite never applied for a driver's license throughout her life, she would always remark "If I need to be somewhere Warren will drive me." Marguerite always rode shotgun in the Cadillac. They were inseparable. Warren passed away at the age of 100 in July of 2011, and left a void in Marguerite's life. Until her last days, she would always respond when his name was mentioned. She missed him.

Marguerite gave much of her free time in service of the Lord. She was very much involved with her local church, St. Raphael's Catholic Church of Glasgow. She volunteered as a Eucharistic Minister for many years, and would travel to the neighboring Catholic churches administering communion, Warren in tow. She would also visit the sick and elderly who were unable to attend mass and bring communion. She was a member of the Altar Society, and in her early years offered her bookkeeping skills to the church administration. Back in the church choir days, she offered her voice and sang her hymns. She attended daily Mass, went to more funerals than could be counted, and was always there when the prayer chain needed prayers. Marguerite also enjoyed the duties of yard work. Her home resembled a doll house and was kept in order consistent with her bookkeeping standards She was a historian on a personal level, and would always offer history of buildings, roads, and events that took place when she would ride along. She loved going for drives in the country. She never missed the Lawrence Welk show, and if Lawrence Welk was on TV, it was time for a Gin and Tonic and some music.

The family gratefully declines flowers and donations, but prayers, condolences and memories are gladly accepted. Condolences may be left at bellmortuaryglasgow.com.

If you feel compelled to gift please give to any charity for the greater good, Marguerite would have done the same.