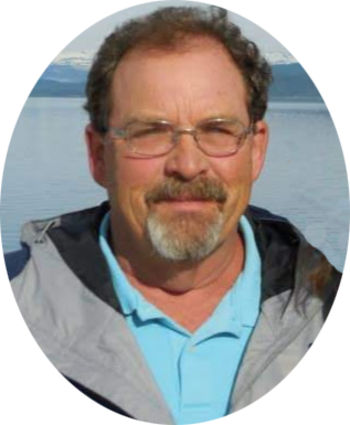 Lyle Earl Franzen, 64, passed away on Wednesday, June 5, 2019, surrounded by his loving family and friends at home in Glasgow, Mont. He was a good man, who will be missed by many.

In 1978, Lyle married the love of his life, Deanna "DeeDee" Jackson. Together they built a home northwest of Glasgow. Lyle's love of trees and plants led to the growth of the "Franzen Forest" that provides an oasis on the prairie.

Lyle began his career at Valley Electric as a lineman, following in the footsteps of his father. In 1989, for health reasons, the family moved to Great Falls, Mont., where he and DeeDee went back to school. He received his associates degree in accounting from the Great Falls VoTech in 1991. He retired as accountant from NorVal. Lyle developed lifelong friendships with his co-workers. Retirement finally brought enough time to dabble in his many hobbies. He was the ultimate handyman -- owning and maintaining numerous rental properties with family.

During the lovely summers, Lyle was frequently at Ft. Peck Lake where he enjoyed camping, boating, fishing, weather watching, and spending time with family and friends. In 2008, he and his wife purchased property in Duck Creek, where they grew another forest for their vacation home. He also enjoyed traveling, some highlights include an anniversary cruise to Alaska, chaperoning a KEY Club trip to Nashville and NASCAR races in Las Vegas. Lyle loved camping in Yellowstone and Glacier National Parks -- he was particularly fond of The Trail of Cedars near Avalanche Lake.

He is preceded in death by his infant daughter Kayleen Franzen and his parents, Bill and Maggie Franzen.

In lieu of flowers, memorials may be made to these organizations Lyle supported: Montana School for the Deaf and Blind Foundation or Milk River Activity Center -- Special Olympics.