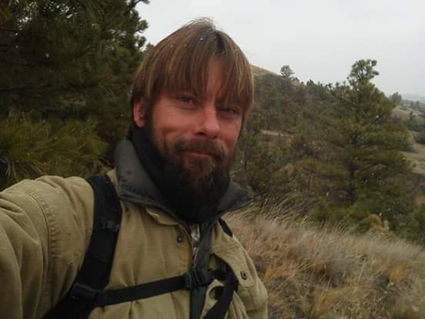 In the early morning hours of Friday, June 7, 2019, Jason slipped his earthly bonds to soar off on his next adventure!

A memorial service will be held at Bell Mortuary in Glasgow, Mont., on Friday, June 14, at 3 p.m. A reception will follow at the VFW to celebrate Jason's life.

Jason Micheal Dahl was born to Phyllis and Keith Dahl on Sept. 26, 1977, in Glasgow. He joined a sister Leta, who eventually made him an uncle to Garrett, Cody, Dillon and Laci and brother-in-law to Chuck.

Jason graduated from Glasgow High School in 1996 and continued to make Glasgow his home. Northeast Montana provided Jason with an endless amount of open space to let his restless sprit roam. Whether it was setting off sparkler bombs on the Milk River, fishing at Fort Peck or roaming the hills looking for rocks, wild Echinacea or just good old rusty junk!

Jason worked in construction most of his life and was a master tile layer. He had the skills to match his imagination. He was always tinkering with different projects – building and creating and the end result would almost always leave you awestruck!

When he wasn't working, he had a passion for living life. He was an animal lover, flyer of remote control airplanes, motorcycle riding and a snowmobile junkie who had the compassion to help anybody in any situation and BS with the best of them!

Jason is preceded in death by his grandparents, Bert and Bennie Lingle and Norm Dahl.

Even with his wild imagination, he will never know the impact that he had on so many!