By Montana Cats Staff
For the Courier 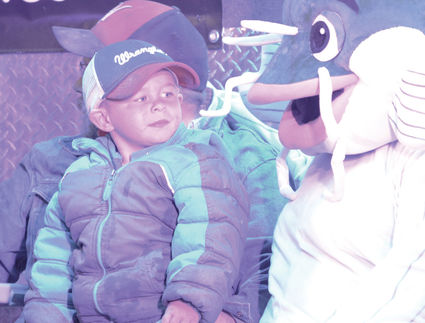 georgie kulczyk / the courier Colt Knaff keeps an eye on the catfish during the midnight weigh-ins at the Milk River Catfish Classic on June 1. Knaff and his dad, Jake, occupied the leaders position for a time, but had to relinquish their seats as bigger weights were recorded.

The 20th-Annual Milk River Catfish Classic was historic in more ways than one. In the weeks leading up to the tournament, which was held June 1, the Glasgow Chamber of Commerce announced a new event in conjunction with the Catfish Classic. The i...