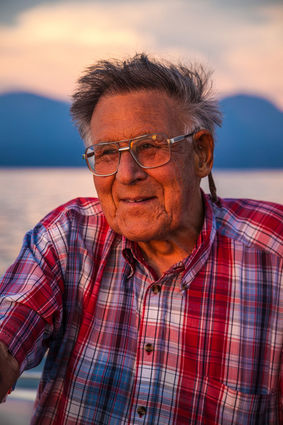 William "Bill" Tremper passed away in Missoula, Mont., on Tuesday, May 7, 2019, of natural causes.

He was born in 1924 and grew up in Missoula. His parents were William Greene Tremper and Nell Cloninger Tremper.

He attended St. Anthony's Grade School and Missoula County High School where he lettered in football and track, graduating in 1942. During World War II he served in the Merchant Marines in the Pacific Theater. Upon his return, he studied business and economics at the University of Montana before joining his father's business.

Bill was an avid, longtime skier in his youth, continuing to ski until his 70s. Through skiing, he met his future wife, Barbara Jane Dockery from Lewistown, Mont. They married in 1949, raised six children and remained married for 64 years until her death in 2013.

His community service in Missoula included the Red Cross, teaching swimming and first aid, boating and chairing fundraising drives. He was also a scoutmaster for the Sea Scouts and Cub Scouts. He belonged to the Missoula Lion's Club in Missoula and was a member of the Rotary Club in Polson, Mont., after his retirement. He was on the Missoula Chamber of Commerce and served as the President of the Chamber in 1964.

His business career began at a young age working for his father, and continued as Tremper Inc., a Conoco distributorship, which he ran with his brothers, Bob and Frank. The Tremper brothers also owned and managed a number of Tremper properties including Tremper Shopping Center, which still remains in the Tremper family.

After Bill retired, he and his wife Barbara moved to their house on Flathead Lake, on land owned by his father since the 1920s. Bill and his brothers had spent most of their summers growing up on the Flathead Lake property, enjoying all the outdoor activities, as did all of Bill's six children and their cousins. After Bill and Barbara grew too old to care for the Flathead Lake house, they moved into nearby Polson where they lived for most of their final years.

Despite Bill's many accomplishments, his main legacy was being loving, gregarious, generous and kind to everyone around him. He was active all his life, enjoying the outdoors and encouraging all his family to ski, hike, swim, sail, and travel. Bill found a joy in life and shared it with those around him with good natured humor.

Charitable donations can be made in his name to the Flathead Lakers or Montana Lions Sight and Hearing Foundation.