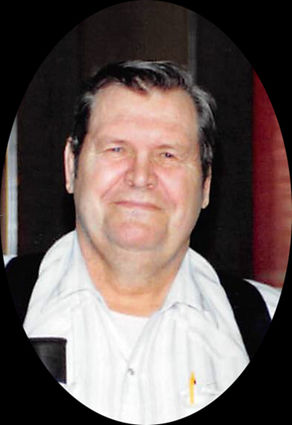 To know Bill was to know a storyteller. He was the author of his own story in his own book which was made up of many chapters. It began with a "preface" of changing his name to Bill because he wasn't impressed with the name "Floyd." No one else knew exactly how his story went but Bill did, and it was definitely a colorful version. If you wondered if you had ever met him, you hadn't because you WOULD remember.

Bill rode off into the final sunset Friday, May 24, 2019. He lived most of his life in Glasgow, Mont., where he was born to his parents Charles and Elva (Buster) Wood on May 11, 1940. He grew up on the family ranch north of Glasgow and joined sisters Charlotte and Joyce with Lynn following as his baby sister. On the ranch he developed country values, cowboy skills and a "can't be beat" attitude.

He attended school in Glasgow and began a long career of "cowboying" for local ranches including the Etchart Ranch and the Cornwell Ranch. He was proud of his experience driving a team of horses for tours around Montana's capital in Helena. He had a mind full of stories of his rodeo and "bronc breaking" days and loved to tell tales of the "old days." Bill had a unique affinity for horses and a special place in his heart for children.

In "A Cowboy Comes to Montana" Will James wrote: "And fast action and danger was what he went after. With the big rough horses he'd go and pile his rope on everything that was wild and needed roping, and lots of big stuff that didn't need roping. Many a cowboy held his breath at watching the "fool things" he'd do." Will James could have been describing Bill in his younger days.

"Woody" was willing to help anyone do about anything. From riding to moving cows to driving truck when chopping corn; pushing cows up an alley or pushing a lawnmower. If he was able, he was willing. He had a knack for making diamond willow walking sticks, canes and lamp stands and gifted many of his creations to friends. He could fix anything leather and loved a newly cleaned and oiled saddle.

Bill will be having a reunion with his parents Charles and Elva (Buster) Wood; his sister Charlotte (George) Kolstad; his uncle Dick Peck and three nephews, Austin Kolstad, Nick Kolstad and Shane Rees.

Bill is missed by daughter Lacy Wood and his granddaughter Madison, the apple of his eye and the center of his universe. He is also survived by his two sisters, Joyce (Dick) Peck, Lynn (Gary) Ediger and his brother-in-law George Kolstad. His extended family includes nephews Dean, and Darryl (Lori) Kolstad, Gene (Ehrica), and Lance Ediger and nieces Janet (Jim) Black and Carolyn (Randy) Rees, Lorrie (Lee) Knight, Jim (Lisa) Peck and Karen (Don) Stein.

Bill loved the old cowboy way of life and lived by the "cowboy code." He was surely a country gentleman. If anyone met him, they never forgot him and came away feeling like old friends.