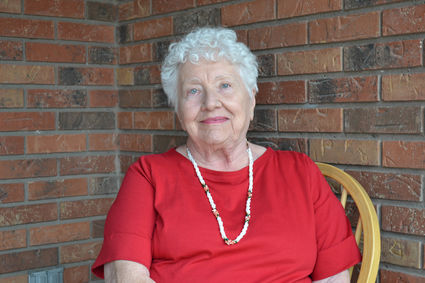 She was born Oct. 24, 1931, to Harry Truman Thompson and Olna Charlotte Rodenbaugh in Opheim, Mont. Corinne attended school in Opheim, and high school in Fairmont, Minn., where she graduated in 1949. She married Dale Rodger Morrison, July 29, 1950, in Glasgow, Mont.

She worked in the Clerk and Recorders office and the First Security Bank as a teller and then a loan officer. She loved genealogy, writing family stories, and painting. She spent a lot of time sewing for her family. She and Dale had a ceramic shop for many years. She raised show goats after she and Dale moved to Helena, Mont. She was a member of The Church of Jesus Christ of Latter-day Saints and served in many positions. She moved to Leesburg, Fla., after Dale passed away in 1987 and then to Sunsites, Ariz. where she was a member of the Rock and Mineral Club. She loved making jewelry for her family. She moved to Utah in 1998, after she was diagnosed with macular degeneration so she could be near family.

Corinne was a kind, generous person who loved people and sought them out. She taught genealogy research to anyone who needed help finding family. She was a great story teller.

Corinne was preceded in death by her husband, Dale Rodger Morrison; one great-grandson, Cole Whatcott; and one son-in-law, Corey McBride.

She has been a great example to all of us and she will be dearly missed.

Funeral services were held Friday, May 24, in Lindon, Utah, A graveside service was held Wednesday, May 29, in Helena Sunset Memorial Gardens, Helena.

Funeral Directors. Utah Valley Mortuary. Condolences may be expressed to the family at http://www.uvfuneral.com.