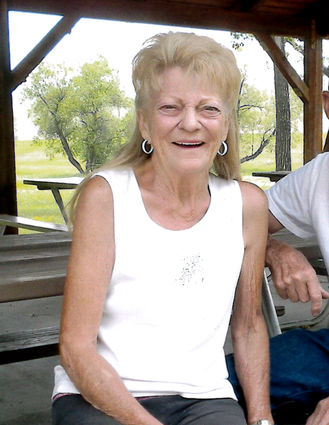 A service will be announced at a later date.

She was born the second daughter of Marvin L. and Jean (Westby) Shanks on June 24, 1943, in Portland, Ore. After World War II ended in 1945 and the war manufacturing machine no longer was needed, the families moved back to Montana residing at the Poplar and Flaxville areas. Marvin obtained a job with the Corps of Engineers and they moved to Fort Peck in 1948. Later, Marvin and Jean built and managed the Lakeridge Motel and Conoco. Their children attended schools in Fort Peck, Nashua, and also Glasgow.

Donna Mae's first job was with the Buttrey Clothing store until its closing, then for the United Insurance Company (Feda, Lee, Urs). She worked for Dwight Bramble for many years at the Credit Bureau.

In 1970, she married Ernie Austin, and they had three sons, Brian, Wade, and Ken, and one daughter, Debi. She worked with Ernie commercial fishing on Fort Peck Reservoir. They also worked with Pratt Enterprise making electric components and for Sam Allie at Sam's Supper Club.

After the boys graduated high school, they moved to northern Nevada where Ernie worked construction and Donna Mae became a postmaster at Valmy, Nev. Upon retirement they moved back to Glasgow.

Donna Mae was known for her famous cooking – always keeping everyone fed and happy while at her house. She also ensured that each child and grandchild had one (or more!) of her crocheted afghan blankets to remember her by. She enjoyed word searches, reading and visiting with family and friends.

She was preceded in death by her grandparents, Frank and Alma Westby; her parents, Marvin and Jean Shanks; and two sisters, Carolyn (John) Dick and Peggy Brieland.