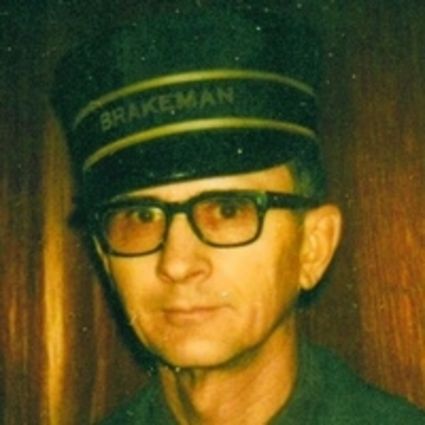 Graveside services will be held Sunday, May 19, at the Berlin Cemetery in Berlin, N.D., starting at 2 p.m.

Harold Arthur Feldt, son of Arthur S. and Elizabeth (Wellnitz) Feldt, was born on Sept. 1, 1924, at Glasgow, Mont. Harold was raised in Montana and loved spending time in the mountains. He met his bride, Aurora Muske, and they were united in marriage in 1947. They made their home in and around Glasgow.

Harold began working for the Great Northern Rail Road as a brakeman and conductor when he was 19 years old. He worked there for 37 years until he retired. Harold and Aurora moved to Jamestown, N.D., in 1992 after his retirement, and later to Lehr and Wishek, N.D. Harold had recently been residing at the Wishek Living Center.

Harold and Aurora were avid rock hounds and loved the outdoors. They spent many hours camping and fishing in Montana where they collected and later polished many beautiful rocks. Harold also enjoyed photography. Harold was a talented craftsman and enjoyed making jewelry items out of his polished rocks. He was also an excellent wood worker and built many beautiful pieces of furniture and other items.

Harold was preceded in death by his wife Aurora in 2008; parents, Arthur and Elizabeth Feldt; one sister, Florence White; many brother-in-laws and sister-in-laws; and one niece, Linda Entzie.

Harold is survived by many nieces, nephews and several close friends.