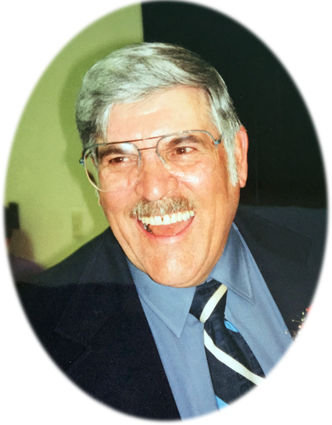 He was born in Malta, Mont., Sept. 3, 1930, to his parents Ernest and Theresa (Pecora) Wetzel. Along with his brother Ray, he grew up in the Malta/Glasgow area. After the death of his mother in 1942, he resided with his grandparents, Luis and Leona Pecora, in Glasgow. He graduated from Glasgow High School in 1950.

Roy served in the National Guard. He was active in the community participating in Kiwanis, Elks, Glasgow Sports Club, Glasgow Football Chain Gang, Valley View Home Board, Glasgow School Board and served as a fireman for many years. He was a loving father, husband, son, uncle, and grandfather. He worked delivering milk and managing Vita Rich Dairy while providing up-keep on his many rentals in Glasgow. They bought Glasgow Auto Safety Center in 1978. Ione and Roy built one of the first cabins at the Pines and loved to spend time there. Ione passed away in 1998.

In 2004, he married his lifelong friend Beverly Gallagher. Roy and Bev enjoyed many summers together at the cabin and she cared for him as his health declined. From that marriage he was blessed with an extended family including Florann Hannesson, of Glasgow, Colleen McAlmond (Ronnie), of Florence Mont., and Dean Farrington (Maria), of Alamogordo N.M .; six grandkids; 16 great-grandkids and two great-great-grandkids. He is also survived by a step- sister, Gayla Barbier of Coeur d'Alene, ID.

Roy was also preceded in death by his parents; his brother, Ray; and daughter, Rene'.