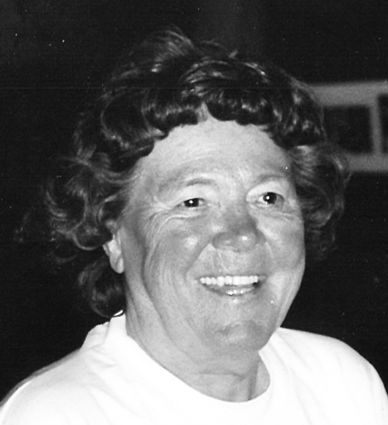 Services will be at 1 p.m. Thursday, May 2, at Michelotti-Sawyers Mortuary, 1001 Alderson Ave., Billings, Mont.

Arlys was born on July 30, 1932, in Rothsay, Minn. She was the fourth of seven children born to Julian and Effie (Halbakken) Monson. Her childhood on their farm included helping her father till fields by plow horse, making lefse and krumkake with her mother and speaking Norwegian with her friends and family.

The Monson family later moved to Glasgow, Mont., where Arlys sold popcorn at the local movie theater and worked for the telephone company, manually connecting phone calls. On Aug. 9, 1950, Arlys married Jeff Wagner and raised six children amid moves to Waterloo, Iowa; Columbus, Ohio; and Cincinnati. In 1973, the family moved back to their beloved Montana, settling in Billings.

Arlys enjoyed volunteering at her children's schools and at senior homes, where she shared her talent for embroidery, crochet and ceramics. Family members estimate Arlys has knit miles of yarn, making warm, colorful afghans for them.

Arlys will be remembered for her love of flowers, birds and deer, and her contempt for cats, which she vigorously repelled from her yard using squirt guns loaded with vinegar. Her precision was also renowned during card games, where she was a shrewd and successful player, especially at whist.

A generous and meticulous cook, Arlys strove for chicken soup with a clear broth and perfectly-formed dumplings. Each year she made giant batches of delicious cherry jam, sharing jars of it with loved ones. Arlys found fun by driving her fast, red Olds over the speed limit and watching her favorite entertainers on television, including Lawrence Welk, Dean Martin and John Wayne.

Above all, Arlys was committed to her family and her steady guidance was deeply valued by her children. A beloved grandmother and great-grandmother, Arlys was kind, patient and fun, offering many brownie-baking lessons and plenty of advice.

She is preceded in death by her husband of 66 years; her son, James; her parents; two sisters, Evelyn Sandmeyer and Donna Maag; and two brothers, Buster and Babe Monson.