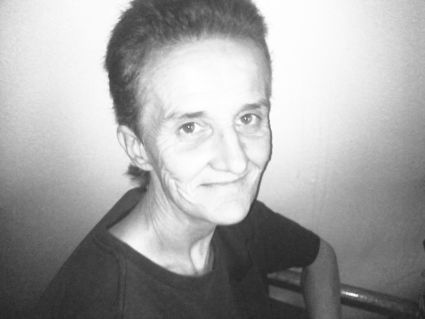 Darlene Darcel (Komrosky) Henderson, age 61, passed away after a brief but valiant battle with cancer Sunday, April 7, 2019. She was surrounded by her beloved family and friends.

Graveside services will be held at 2 p.m., Friday, April 26, at the Highland Cemetery in Glasgow, Mont., where Darlene will be buried at the foot of her mother, Beverly's, grave. Family and friends are invited to a reception following the service at El Cor Del in Glasgow.

She loved Nascar, especially Jeff Gordon (#24), the Denver Broncos, and was a big hockey fan. She enjoyed working on Teeny Weeny with her dad, and when his health began to fail, she helped her mother care for him. She was adventurous and a bad-ass, but was incredibly big-hearted and would give anybody the shirt off her back. She was kind and funny, and her laugh was contagious.

Without a doubt, family came first for Darlene and her grandkids were her whole world.