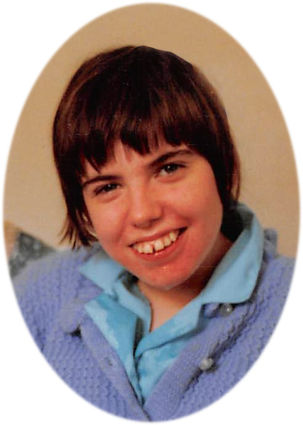 Vicki Renee Forbus, 48, of Glasgow, Mont., passed away peacefully at her home with her dog, Missy, loyally by her side.

She was born May 23, 1970, in Merrian, Kan., to Karen (Brooks) and Euell Forbus Jr. Vicki spent most of her childhood years in her family home. The family moved frequently, as Euell's job required them to relocate often. In the late 1970s, the family relocated to eastern Montana, and Vicki received her education through the Miles City School System, finishing her education in May of 1990.

She loved to swing on a nice summer day, going for rides, outings around town, and watching movies. She enjoyed listening to music, singing and being outside. Her greatest joy was having letters from her family and books read to her. Vicki will be remembered for her sweet smile and her love of the song "Wheels On The Bus."

She is preceded in death by her mother, Karen (Brooks) Forbus.

She is survived by her father, Euell Forbus Jr .; two brothers, Steven Forbus and Robert Forbus; one sister, Kimberly Cunningham; her Milk River and Mitchell Group Home friends; and her beloved dog, Missy.

Funeral services were 10 a.m. on Friday, April 5, at Bell Mortuary with Pastor Bonnie Novak officiating. Burial is in Highland Cemetery.