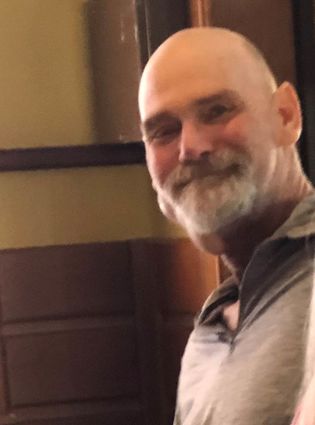 Update: As of 3:15 p.m. Wade Simonson has been located and was found safe.

Valley County Sheriff Tom Boyer is asking the public for help in locating a missing Valley County man. Wade Thomas Simonson was last seen by his wife at their home in Saint Marie last Thursday, April 4. He had driven away in a gray 2003 Corvette, Simonson's wife had thought he was on his way to visit his parents. Since Thursday, the only sign of Simonson was in Havre where he is thought to have withdrawn money from his bank account.

He is described as a 54-year-old, white male. He stands about 6 feet 4 inches tall and weighs around 200 lbs. He is mostly bald, with thin gray hair, and a short goatee. He has green eyes and wears contacts. It is unknown what Simonson had been wearing when he was last seen, but he does have a long, surgical scar on his right jawline starting below the ear. He also has a circular scar on his left wrist and a 10 to 12 inch scar down his back on the left side.

The Montana license plate of the gray Corvette reads "BREE".

The VCSO asks that if you have any information about Simonson, the car or his suspected whereabouts to call dispatch at 406-228-4333.