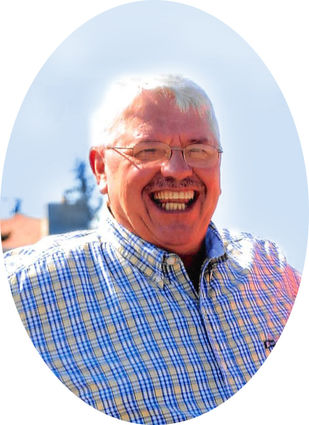 Terry "T.Y." Edward Young died peacefully the morning of Friday, March 22, 2019, at his home in Glasgow, Mont., 13 days after he was diagnosed with pancreatic cancer. Though his illness was sudden and shocking, his struggle was mercifully short and with minimal pain. He was 76 years old.

Funeral services will be 2 p.m. Friday, March 29, at the Valley Event Center in Glasgow with Pastor Bonnie Novak officiating. Burial will follow in the Highland Cemetery in Glasgow. A reception will be at the Elks following services.

Terry was born Aug. 11, 1942, in Tulsa, Okla., to parents William and Katherine. Along with younger brothers Garry and Dee and older sister Martha, the family moved around the country, finally settling in Wagener, S.C. Terry graduated from Wagener High School in 1960 where he excelled as an athlete in baseball, basketball, and football. He was a popular student; known for his famously outgoing personality.

After high school, he attended Oklahoma University in Norman, Okla., where he played football as a Sooner for two years. Fandom for his alma-mater remained a lifelong passion. Terry left college to work on the pipeline with his father.

Terry worked through his pipeline career as a welder helper, pipefitter, and welder. In his later years, he was a pipeline inspector. He was a lifelong member of Pipeliners Union 798 and worked in nearly every state, including Alaska.

Terry's job brought him to the Montana Hi-Line where he met the love of his life, Debra. They married and Debra traveled around the country with him, having a family of four boys and one girl along the way. They settled for a few years in Lakeport, Calif., where Debra held together the household while Terry traveled to work.

In October 1985, Terry traded in the pipeline lifestyle for a more stable small-town raising of his growing family. He and Deb moved back north to Glasgow, where they found the support of family, friends, and the community.

In 1987, Terry went to work at Gordon's foods, a local grocery store, where he would stay until 1998. There he got to know just about everyone in town and they got introduced to his friendly conversation, sharp Carolina accent, and famous smile.

Terry and his family faced many struggles together over the years, supporting his son during a battle with childhood cancer, and then his wife as she gradually lost all her vision. In their older years, Deb would come to rely on him significantly through her several health challenges. He loved her dearly and was her caretaker without complaint.

Though he was an athlete in his youth, Terry didn't push his own children into sports. However, he was always an enthusiastic supporter of any and all interests they pursued, be it art, music, hunting, fishing, or motorsports, and was very proud of all his children. He was an ardent supporter of Glasgow Scottie athletics and athletes, often making a round of phone calls to encourage players and coaches the night before a game. When it came to his niece and nephew, he was their #1 fan. His support extended further as his family grew and he was able to share in the interests of his grandchildren and in-laws. He loved spending time with his young granddaughter, Kamry, and hearing about her many exciting activities.

He was an avid outdoorsman who loved hunting and fishing with his children and friends. One of his truest joys was ice fishing at Nelson reservoir, spinning yarns at Murph's, and having a few beers.

Terry was a master joke and story-teller who often held court with a tale from back in the day or made his opinion known on a variety of subjects. He was a fantastic music fan and loved to reminisce about the good old days of rock and roll or "really good country and western." There wasn't a close friend of his or his children that didn't know the story of Bo Diddley or hadn't seen him Hambone.

In 1998, with his oldest kids leaving high school, Terry returned to the pipeline. It was a testament to his incredible work ethic that he continued traveling and working to support his family until the age of 72, when his wife and children insisted he retire, after a health scare and stroke.

In retirement Terry continued to help where he could in the community. He volunteered for the Council on Aging, and Meals on Wheels. He drove the Valley County Transit bus and spent a lot of time with Glasgow's senior citizens. He was happy spending time with friends and making his way around town - stopping to talk to everyone he knew along the way. He enjoyed traveling with Deb whenever they could to see their children and their families.

Terry truly was one-of-a-kind, and he will be dearly missed. We know he'll be watching over us all and looking down from time to time to ask, "What's your twenty?"

Terry was preceded in death by one daughter Terry Anne; one son, Timothy; one sister, Martha Kay Ellsworth; one nephew, Bill Young; parents William and Katherine Young; one brother-in-law, Robert Stenswick; and one sister-in-law, Ramona Stenswick.

Condolences may be left at bellmortuaymontana.com.