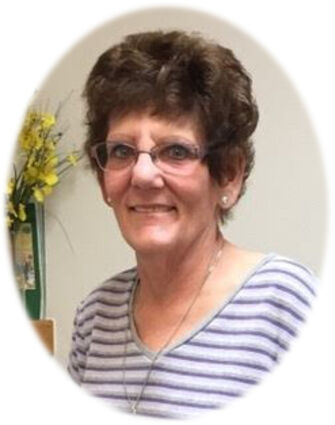 She was born on Sept. 1, 1947, in Glasgow, the daughter of Raymond and Anna Mae (Zimmer) Stein. She grew up on a small farm east of Glasgow on the Fort Peck Highway and later moved to town.

Rita attended St. Raphael's Catholic School and graduated from Glasgow High School in May of 1966. She moved up north to help her Uncle Leo and Aunt Dorothy Zimmer with the children and their home during high school summers and after graduation. She spent four years with the Zimmers on the ranch cooking, cleaning, and caring for the children in preparation for her future as a loving mother, meticulous homemaker and talented cook. During that time she met and married Wilmer Zeller on Aug. 14, 1970. She became a mother to "Little" Willie in December of 1971 and seven years later was blessed with a daughter, Alicia, in May of 1978.

Rita was a hard worker, a trait she inherited from her parents, all anyone had to do was look at her loving hands and see the work they had done. She spent a short stint working at A&W and then went on to work at Woolworths, a place known for the best hoagies in town. In the 13 years of Rita working Woolworths' Crazy Days Sales she found a passion for dressing up which led to her outrageous Halloween parties, for which she will always be remembered.

In 1981, Rita worked as a sub in the Irle School kitchen, she was then hired full time in 1990. It was in this kitchen Rita made her career not only as "The Best Lunch Lady Ever" but as a successful prankster as well. Though she was known for her humorous side, she also is known for her compassion. She loved the children of Irle School and often bought clothing and coats for those in need. When she retired in 2014 Rita had impacted the lives of thousands of Glasgow's children.

Her love of gardening and her ability to grow beautiful flowers will be something she will always be remembered for. During the summer months, her yard would be overflowing with flowers from front to back. Then during the Christmas season, her yard would be lit up with thousands of Christmas lights and ornaments. The lights had to be up and on by dusk on Thanksgiving Day. Rita's cinnamon rolls were so famous that people would line up at the back door of the Irle School on days she made them, and during Christmas people would also be in line for a bag of her caramel corn. Rita's infectious sense of humor and her ability to be a prankster made her one popular lady, because of this, she was a part of many friend groups including the Badland Bitties. Throughout Rita's life, she has loved and touched countless people and was much loved back. She will be missed.

Rita was instilled with a strong faith in the Lord from birth. She lived by her faith to the very moment of her passing. She was proud of her beliefs and was always there to share with those who needed guidance.

She was preceded in death by her parents and baby Mary.

She is survived by Willie Zeller senior; her children, son Willie (Heather) Zeller and grandson Hunter; daughter Alicia and furbabies Bella and Lulu, all of Glasgow; three siblings, Dan Stein, of Missoula, Tony (Becky) Stein, of Glasgow, and their children, Kyle and Mariah, Rod Stein, of Miles City, and his children Kinsey and Josh; and beloved pets Jeffery, Jackson and Bobo.

Memorials in Rita's name may be given to the St. Raphael's Coat Drive.